The center gives premature, low birth weight and other at-risk infants access to the life-saving benefits of breastmilk and a better start in life 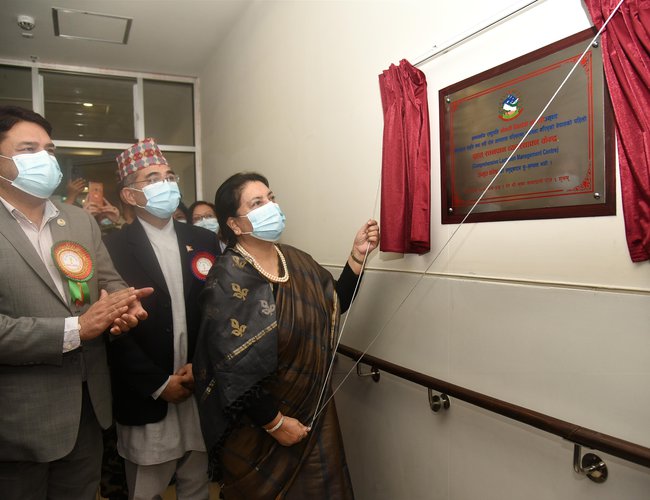 Nepal’s first-ever Human Milk Bank opens today. Right Honorable President of Nepal Bidhya Devi Bhandari inaugurated ‘Amrit Kosh,’ at the Paropakar Maternity and Women’s Hospital in Kathmandu today. The milk bank is an important step towards ensuring baby-friendly health systems and gives premature, low birthweight and other at-risk infants access to the vast benefits of breastmilk when they need it the most.

“Human breast milk contains the best source of nutrition and ensures survival and healthy growth of babies. It bolsters brain development and has lifelong benefits for the baby and the mother,” said Dr Bibek Kumar Lal, Director, Family Welfare Division, Ministry of Health and Population. “The human breast milk contains antibodies which cannot be found in any other sources. The early initiation of breastfeeding (in the first hour of birth), exclusive breastfeeding from birth to 6 months of age and continued breastfeeding up to 2 years and beyond together with the complementary feeding offers a powerful line of defence against infection and malnutrition and helps towards preventing deaths of infants and young children.

“Premature, low birth weight and small for gestational age babies are vulnerable in terms of survival and cognitive development and usually have feeding problems due to their medical conditions. Often direct breastfeeding is not possible for these babies. The next best alternative is expressed breast milk, preferably from their biological mother,” said Prof. Dr. Amir Babu Shrestha, Director, Paropakar Maternity and Women’s Hospital. 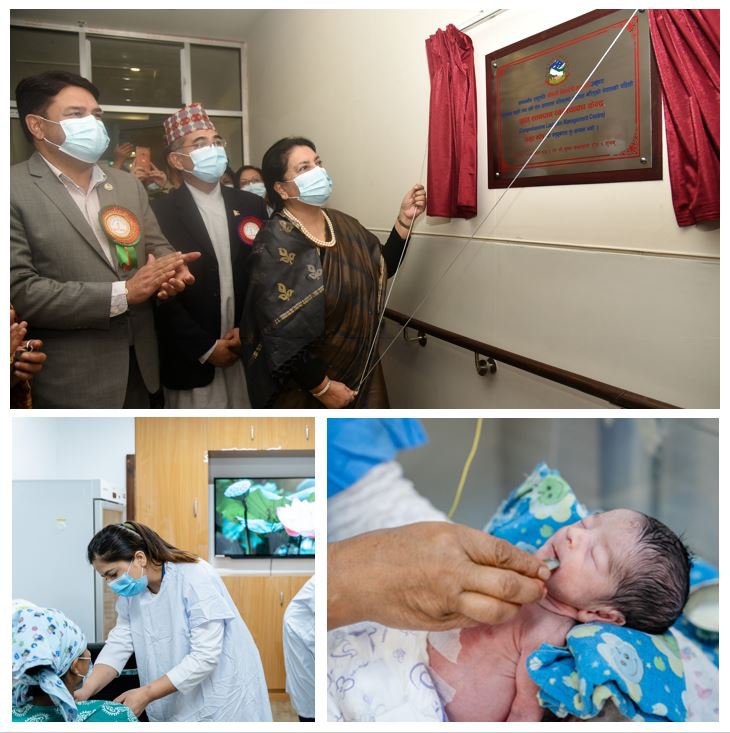 When expressed breast milk is not adequate or available, these newborns are usually given infant formula milk. However, feeding formula milk can often lead to a high risk of developing an infection (sepsis) as well as necrotizing enterocolitis, a serious disease that affects the intestines of premature infants. It typically happens within the first 2 weeks of life in babies who are fed formula instead of breast milk. Donor human milk, if made available to these babies, can save them from the adverse effects of formula milk.

‘Amrit Kosh,’ the human milk bank at the Paropakar Maternity and Women’s Hospital has the facilities to collect, pasteurize, test and store safe donor human milk from lactating mothers and then provide it to infants in need. The centre has been established in partnership between the Government of Nepal, the European Union and UNICEF.

“The EU in Nepal has been a long-standing partner of the Government of Nepal along with UNICEF in implementing the Multi-Sectoral Nutrition Plan, under which, promotion of breastfeeding has been a key area of focus,” said Her Excellency Nona Deprez, Ambassador and Head of the Delegation of the European Union to Nepal. “And today, we are proud that this tripartite partnership has led to the establishment of ‘Amrit Kosh,’ the first human milk bank in Nepal. With this launch, we hope that more and more newborns unable to receive their mother’s milk can benefit from breastmilk in protecting their health and supporting their development.”

Nepal’s Multi-Sector Nutrition Plan (MSNP) seeks to improve maternal, adolescent, and child nutrition throughout Nepal by promoting healthy, nutritious, and diversified diets for adolescents, pregnant women, breastfeeding mothers, infants, and young children. Since 2013, UNICEF has been supporting the Government of Nepal in implementing MSNP, with funding support from the European Union.

“UNICEF is pleased to be collaborating with the Government of Nepal and the European Union in setting up the first ever Human Milk Bank in Nepal. The ‘Amrit Kosh’ - Human Milk Bank initiative is critical to advancing our joint efforts under Nepal’s Multi-Sector Nutrition Plan to improve child nutrition and particularly to address acute malnutrition of children in Nepal,” said Ms Elke Wisch, UNICEF Representative to Nepal. “Our heartful thanks goes to all the mothers who are generously donating their breastmilk to enable that children of mothers with breastfeeding difficulties-particularly preterm, low birthweight and other at-risk infants-will be able to receive the life-saving benefits of breastmilk.”

“We look forward to our continued collective efforts - with the Government of Nepal and the European Union- to moving towards more baby-friendly health facilities across the county - that support, protect, and promote optimal breastfeeding opportunities for a better start in life for every child in Nepal.”

China Reports Over 6,300 COVID-19 Patients Died In The Week Through Thursday By Agencies 3 days, 14 hours ago