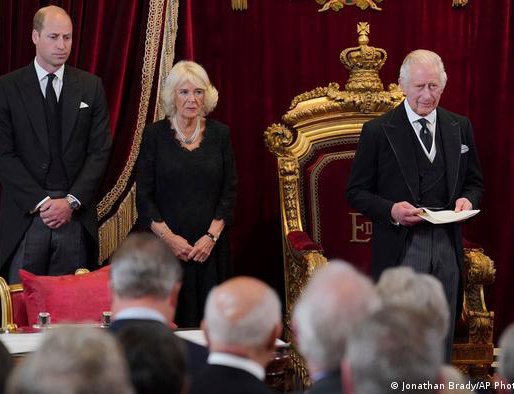 Following the death of Queen Elizabeth II, members of the Accession Council met at St James's Palace in London on Saturday to proclaim her son King Charles III.

The queen's death was reported in the presence of British Prime Minister Liz Truss, members of the Lower House and the King's eldest son William, the new Prince of Wales.

Before making his declaration and signing an oath, King Charles III said he is deeply aware of the great inheritance he is taking on and of the duties and heavy responsibilities of sovereignty which have now passed to him.

After the ceremony, the Garter King of Arms, in traditional heraldic clothing, went out to the balcony of the palace and read out the public proclamation.