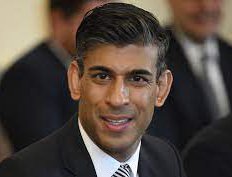 Britons are set for their third leader in less than two months. Rishi Sunak will become the youngest prime minister in centuries and the first British Asian to lead the country.

Sunak lost out to Liz Truss in September in the last race for the leadership. He became a favorite when she announced on Thursday that she would resign. Then, he saw other contenders withdraw in an effort to end the chaos in the Conservative Party.

"We now need stability and unity. And I will make it my utmost priority to bring our party and our country together," Sunak said on Monday in his first public speech after being declared Conservative leader.

Sunak oversaw British finances for three years while serving as Chief Secretary to the Treasury then Chancellor of the Exchequer. He said the country is facing "profound economic challenges."

Sunak is among the wealthiest people in the UK. Britons are divided over whether he ought to be the most powerful.

Opposition leaders say voters are fed up with the Conservatives and should be allowed to choose in a general election. Instead, Sunak will meet on Tuesday with King Charles then form his government.