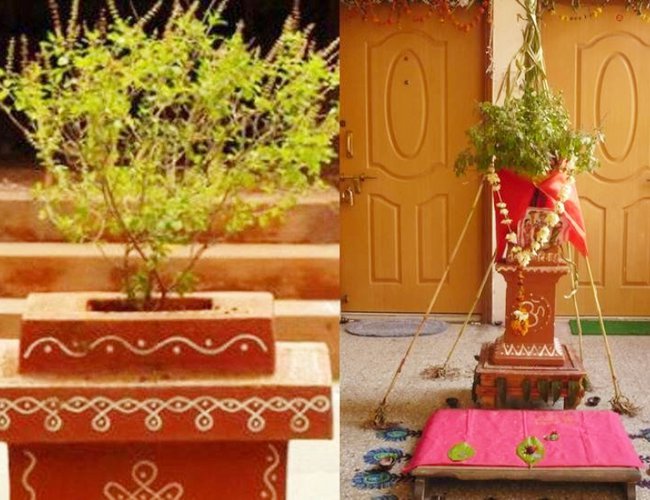 Today is The Haribodhini Ekadashi or Devotthan Ekadashi November 4, 2022). This is one of the important festivals in Nepal. Haribodhini Ekadashi is the 11th lunar day (ekadashi) in the bright fortnight (Shukla Paksha) of the Hindu month of Kartik. This Ekadashi is dedicated to Lord Vishnu. It marks the end of the four-month period of Chaturmas when the god Vishnu is believed to sleep.

Another legend says, Vishnu guarded the gates of King Bali in Pataal. It is believed that King Bali was deported from heaven due to his nature. But, impressed by his selfless acts and generosity, the holy trinity of Bramha, Vishnu and Shiva agreed to be his gatekeeper; each of them dividing 3 months in between shifts. Hence, on Haribodhini Ekadashi is the turn of Vishnu's turn to be his gatekeeper.

On this occasion, the Seshnarayan temple, along with the other three of the 4 Narayan temples are crowded with devotees to pay their homage to Lord Vishnu. Tulasi is worshiped as the incarnation of lord Vishnu on this very day all over Nepal. The day is the marriage of Tulsi or Tulashi Bibah.

his Haribodhini Ekadashi is thought to be the time when Lord Vishnu awakens from his four-month cosmic sleep. According to the available Puranas and holy scriptures, on Hari Sayani Ekadashi, Lord Vishnu sleeps on the shesh-naag, a bed of serpents in sheersagar, and wakes up on Hari Bodhini Ekadashi.

Also, during these four months, Mangal religious acts such as weddings, sacred thread ceremonies, hair-cutting ceremonies, the marriage of ficus religious trees (pipal), and initiation as the construction of a new house are not performed because it is believed that the god himself is sleeping and cannot bestow his blessings.

People from all across Nepal do celebrate this festival. Some people take fast and some tried to reach out to the possible temples of Lord Vishnu. Especially the four major Narayan temples of Kathmandu Valley. There are four famous Narayan temples scattered throughout the city. They are as follows:

Changu Narayan temple on the east

Ichangu Narayan on the west

Bishankhu Narayan on the north

Shesh Narayan on the south

The following day of the Haribodhini Ekadashi is known as the Tulasi Vivaha, which refers to the marriage of a plant named Tulasi. Tulasi is assumed and prayed to as the goddess Laxmi, Lord Vishnu’s consort. On that day, Tulasi marries Damodar, a whole other manifestation of Lord Vishnu.

Tulsi Vivah falls right after the November Ekadashi date and it marks the end of the monsoon and the beginning of the wedding season. This year, Tulsi Vivah 2022 falls on November 4. It is observed by married women in India for blessings.

Tulsi Vivah falls right after the November Ekadashi date and it marks the end of the monsoon and the beginning of the wedding season.

Tulsi Vivah 2022, one of the most auspicious days in the Hindu calendar, is being celebrated on November 11. This celebration commemorates the marriage of Lord Vishnu to a Tulsi plant, which is also said to be an incarnation of Goddess Lakshmi. The marriage has to be celebrated on Day 12 of the lunar cycle or Dwadashi during the Shukla Paksha in the month of Karthik -- right after Ekadashi (Day 11 of the lunar cycle) in November. The ceremony has to be celebrated between Prabodhini Ekadashi and Kartik Poornima.

What is the legend behind Tulsi Vivah?

There is a story of Lord Vishnu which gave rise to the celebration of Tulsi Vivah. A demon king named Jalandhar was famous for his evil acts but the secret of his great success was his wife Brinda’s virtuous character. Brinda was also a devotee of Lord Vishnu and prayed constantly for her husband’s well-being. To stop Jalandhar’s evil acts and power, Vishnu took the form of Jalandhar and took away Brinda’s celibacy. 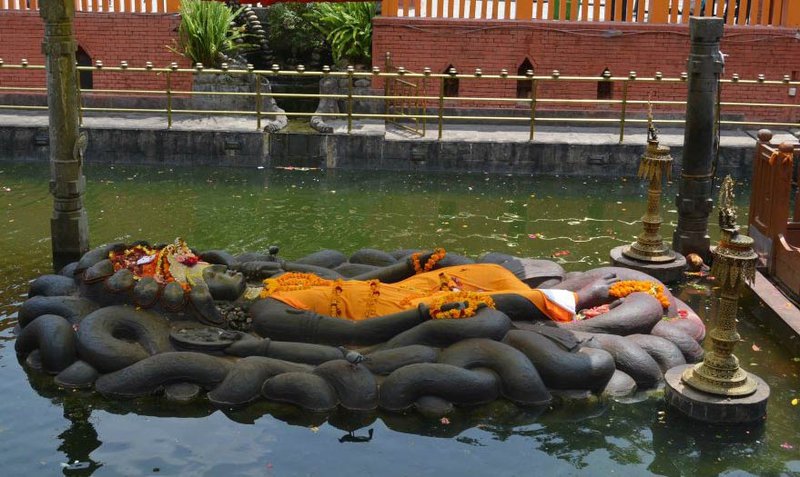 Soon after, Jalandhar lost in a fight and died. When Brinda got to know of what Vishnu did, she cursed him to turn into the Shaligram stone and then immolated herself on her husband Jalandhar’s pyre. Lord Vishnu turned Brinda’s soul into a Tulsi plant with the promise to marry her.

The Tulsi plant is said to be a form of Goddess Lakshmi, and Brinda is one of her incarnations. In the next birth, on the day of Prabodhini Ekadashi, Lord Vishnu in the form of Shaligram married Tulsi. Thus, the Tulsi Vivah ritual includes the marriage of a Shaligram stone to a Tulsi plant.

How is Tulsi Vivah celebrated?

Tulsi Vivah can be celebrated either in temples or at home. Usually, a fast or Tulsi Vivah vrat is kept till the evening when the rituals are started.

The ceremony begins with bathing a Tulsi plant and a Vishnu idol and decorating both with garlands and flowers. The Tulsi plant is decorated like a bride with a red sari, jewelry and bindi. The Vishnu idol is dressed in dhoti. A thread is then tied to link the couple.

The ceremony ends with people showering vermilion and rice on the couple. After that, Prasad is distributed among the devotees.

This day is believed to be the one when Lord Vishnu wakes up from his slumber and presides over the religious rites across the universe. On this occasion, the Seshnarayan temple, along with the other three of Char Narayan temples are crowded with devotees to pay their homage to the Lord.

Legend has him guarding the gates of King Bali in Pataal (the land under earth according to the Hindu literature) as was his turn. It is believed that the folks in heaven (gods and saints) were suspicious of Bali’s generosity and had him deported, literally, down to Pataal, however, the three supreme gods impressed with his generosity and selfless acts, agreed to be his gatekeeper. The holy Trinity of Brahma, Vishnu and Shiva took turns, each diving three months in between shifts and according to the holy scriptures, it was Vishnu’s turn.

The major festive celebration on this day happens in the city of Kathmandu itself. Some of the most important shrines of Lord Vishnu are situated in the valley since time immemorial as the ancient rulers of the city did all they could to make the city prosperous, like designing the city in a way that the four cardinal points would have the shrines of Lord Vishnu guarding the valley. In the past, devotees used to visit all four temples on this day and that too, on foot, however, with the fast-growing modernization and workload, people would be lucky if they could manage to visit any one of them.

However, in the past, despite where they began their holy quest, they always tend to finish it at Sesh Narayan temple as Sesh also meant ‘final’. Those who could not visit all the four temples situated at the four cardinal points of the valley visited the Char Narayan temple in Mangal Bazaar. Also, the Nepali month of Baishak (April- May) is considered auspicious to visit Lord Vishnu‘s shrine in Budanilkantha.