Ambassador Kikuta Expressed Congratulations on Presentation of Credentials by Dr. Durga Bahadur Subedi, Ambassador of Nepal to Japan to His Majesty The Emperor 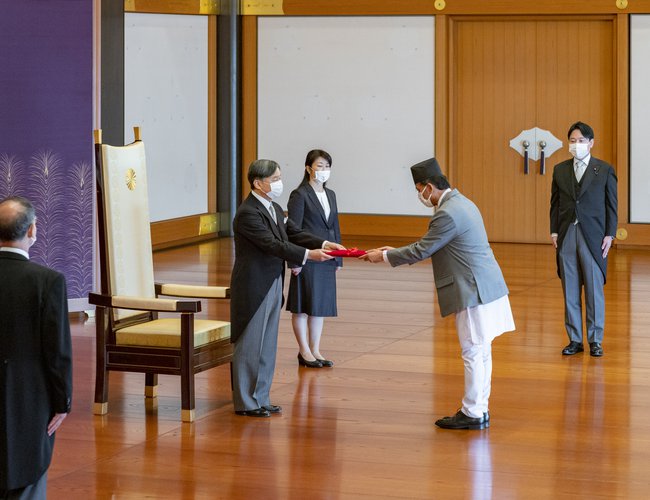 Newly appointed Ambassador of Nepal to Japan Dr. Durga Bahadur Subedi presented his Letters of Credence to His Majesty Emperor Naruhito amidst a special ceremony held at the Imperial Palace this morning.

Welcoming Ambassador Dr. Subedi, His Majesty expressed his happiness over the excellent state of relations existing between the two friendly countries and hoped that the close and cordial ties of friendship and cooperation would be further consolidated in the future.

Presenting his Letters of Credence, Ambassador Dr. Durga Bahadur Subedi conveyed the warm greetings and best wishes of the Bidya Devi Bhandari, President, and Sher Bahadur Deuba, Prime Minister of Nepal, to His Majesty Emperor Naruhito for his personal good health and happiness, and for peace, progress and prosperity of the people of Japan. 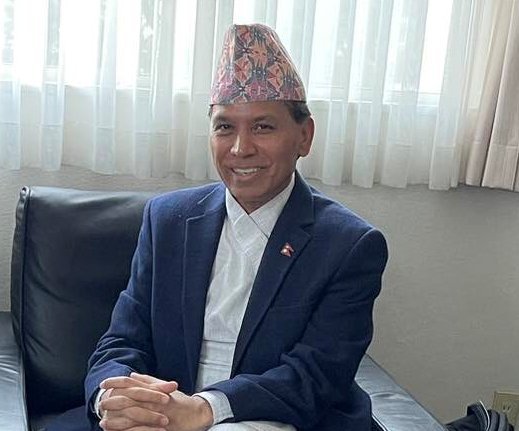 Present on the occasion were the Minister in Charge of Policies Related to Children, Cohesive Society and Women’s Empowerment of the Government of Japan, H.E. Mr. Ogura Masanobu, senior officials of the Imperial Palace and the Ministry of Foreign Affairs of Japan, and the diplomats of the Embassy of Nepal.

According to a press release issued by the Embassy of Japan, Kathmandu, on this occasion, KIKUTA Yutaka, Ambassador of Japan to Nepal, expresses congratulations to ambassador Dr. Subedi.

Ambassador Kikuta also mentions that Japan and Nepal have enjoyed long history of friendly relationship, and he is glad that His Majesty The Emperor received the Credentials by a new Ambassador in the year 2022, which marks the 120th anniversary since the first eight Nepali students were dispatched to Japan for their studies.

Ambassador Kikuta is looking forward to working with His Excellency Dr. Subedi to further promote the bilateral relations and friendship between Japan and Nepal. 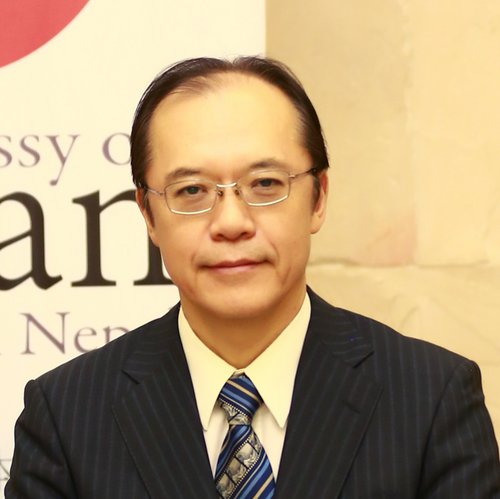