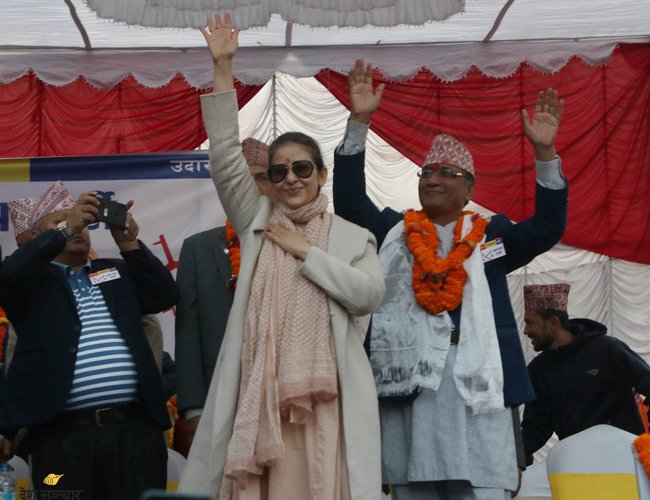 At a time when the country is in the final stage of election campiangs, Granddaughter of B.P. Koirala and Bollywood Actress Manisha Koirala addressed a rally organized by Rastriya Prajatantra Party urging voters to vote to RPP.

As the elections to the House of Representative and Provincial Assemblies are approaching closer, top leaders of the major political parties have been busy addressing one mass meeting after another across the country.

Addressing an election rally in Satungal of Chandragiri Municipality Ward-11, Prime Minister Deuba said the present electoral coalition was to safeguard the constitution and democracy even though the parties in the coalition have different political ideologies. 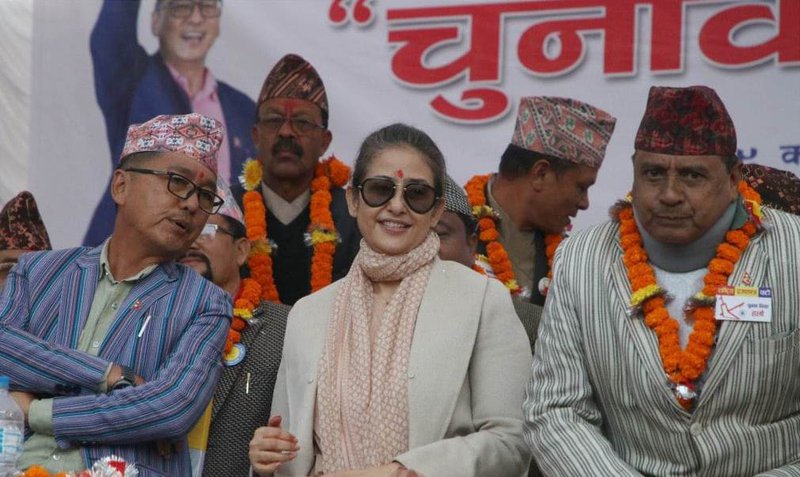 He said if the ruling coalition secured victory, democracy and peace would sustain.

Likewise, UML chair Oli accused the NC of lacking any idea about socialism. Addressing an electoral meeting in Dharan, he said the force that wanted to end the UML would end itself.

Addressing an election corner meeting in Siranchwok of Gorkha Constituency-2, CPN-Maoist Centre chair Prachanda said now pro-constitutionalist have been united as the constitution and democracy were in trap.

Addressing a mass meeting in Kathmandu, RPP chair Lingden said the country was into a syndicate of limited leaders for three decades.

He claimed the country could not be prosperous from present governance system.