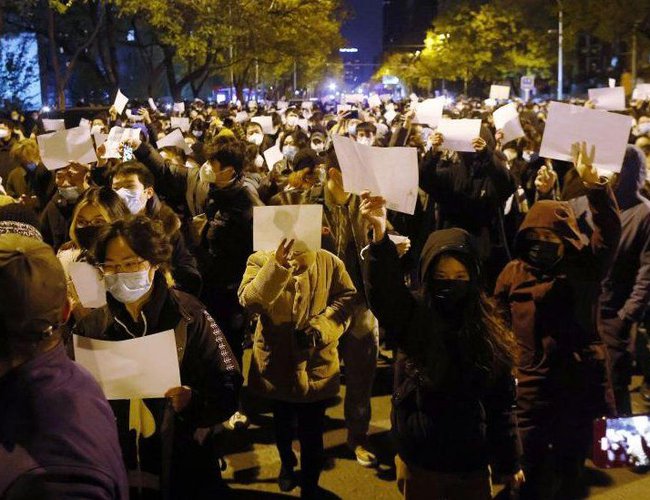 The southern Chinese city of Guangzhou has significantly eased its rigid anti-coronavirus measures after scuffles between protesters and police.

The city government announced on Wednesday that the lockdowns placed over wider areas will be replaced by blockades of buildings where coronavirus cases have been confirmed.

Following the announcement, residents of districts where movement has been restricted for more than a month were seen going out to buy food. Migrant workers were seen heading for their hometowns.

The relaxation of restrictions came after protests against the Chinese government's strict "zero-Covid" policy in Beijing, Shanghai, Guangzhou and elsewhere.

Residents demanding the lifting of lockdowns in Guangzhou have clashed with police.

Beijing has acknowledged that some regional authorities have been imposing excessive anti-infection measures. It appears to be taking steps to prevent public dissatisfaction from mounting further.

Zelenskyy Meets With EU Leaders By Agencies 1 hour, 17 minutes ago