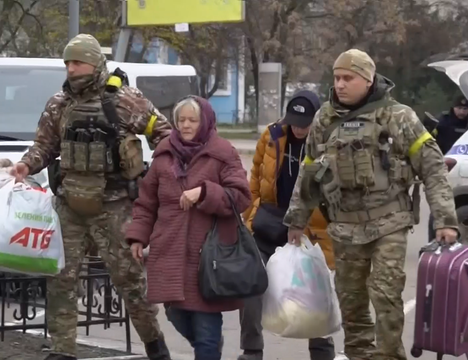 The United Nations refugee agency says there have been more than 15 million border crossings from Ukraine since the Russian invasion began in February.

The UN High Commissioner for Refugees has released an update on the "Ukraine refugee situation."

The report says that about 15.83 million border crossings from Ukraine into neighboring countries have been recorded as of November 29.

It says 7.88 million entered Poland and 1.81 million crossed into Hungary.

The report also says that about 2.85 million went to Russia.

Meanwhile, about 8.12 million border crossings into Ukraine have been recorded since the start of the Russian invasion.

It is believed that the number includes refugees who fled Ukraine, but then returned later when the situation in the country improved.

Ukrainian Soldiers Arrive In Britain For Tank Training By Agencies 15 hours, 46 minutes ago