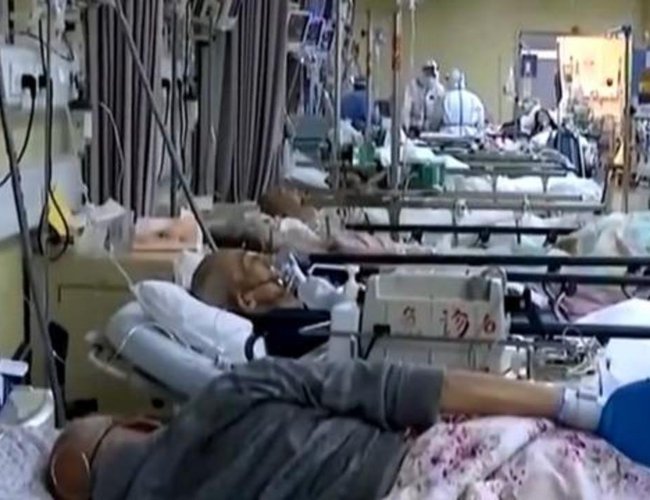 A surge in coronavirus cases is severely straining hospitals in Beijing and other major Chinese cities.

The virus has been spreading rapidly across the country since the government eased antivirus measures on December 7.

Health authorities in Qingdao in Shandong Province estimated on Friday that 490,000 to 530,000 people per day have contracted the virus. Many Japanese companies are operating in the city.

The manufacturing hub Dongguan in Guangdong Province on Friday reported 250,000 to 300,000 cases.

The cases pose an unprecedented challenge for medical workers.

A Beijing hospital official says about 500 patients daily are received at its emergency unit. That's 2.5 times the usual. About 20 percent of them have developed serious symptoms.

Other hospitals in the capital are setting up makeshift intensive care units and increasing the numbers of beds for patients with serious symptoms.

They estimate that 248 million people have been infected between December first and 20th.

That's about 20 percent of the population

Ukraine welcomes US Offer Of Long-Range Rockets By Agencies 11 hours, 33 minutes ago

US Shoots Down China's Balloon, Says Defense Department By Agencies 11 hours, 48 minutes ago