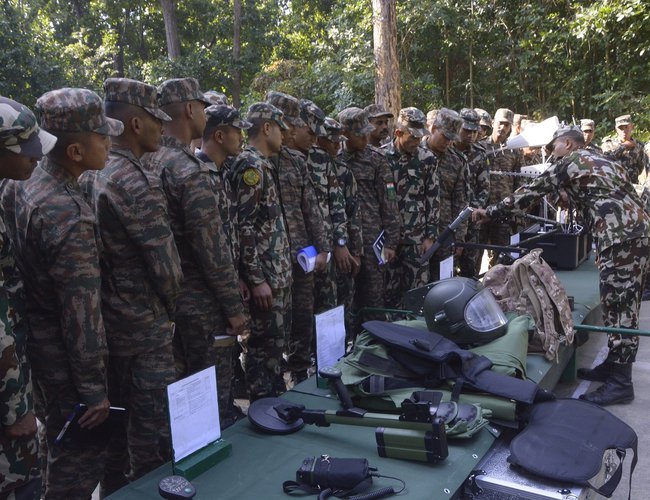 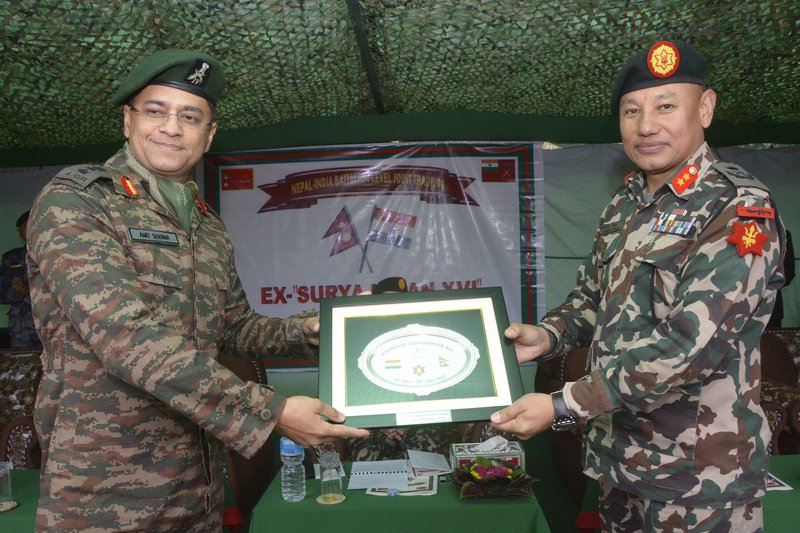 training exercise 'Surya Kiran. The exercise started ' from December 16 to cement the friendship between the two armies.

The annual exercise Surya Kiran is held between India and Nepal with the goal of improving interoperability in jungle warfare and counter-terrorism operations in mountainous terrain, as well as Humanitarian Assistance and Disaster Relief (HADR under the UN mandate.

"Nepal Army soldiers of the Shree Bhawani Baksh Battalion and Indian Army soldiers from the 5 GR will be participating in the exercise. The two armies, through these contingents, shall be sharing the experiences gained during the conduct of various counter-insurgency operations over the years in their respective countries," added the release.

"Indian Army troops arrived today in Saljhandi, Nepal, for the 16th Joint India-Nepal Military Ex #SURYAKIRAN. The exercises are a paragon for the exchange of professional experience and cementing the friendship between two armies," tweeted the Embassy of India, Kathmandu.

The joint exercise focused on the evolution of combined drills for the planning and conduct of tactical operations at the unit level in counter-terrorism operations and disaster response mechanisms in general, as well as the role of armed forces in the management of disasters.

During the exercise, participants trained together to develop inter-operability and share their experience, including counter-insurgency and counter-terrorist operations as well as humanitarian relief operations.

The joint military exercise enhanced the level of defence cooperation, which will further foster the bilateral relations between the two nations, said the release.