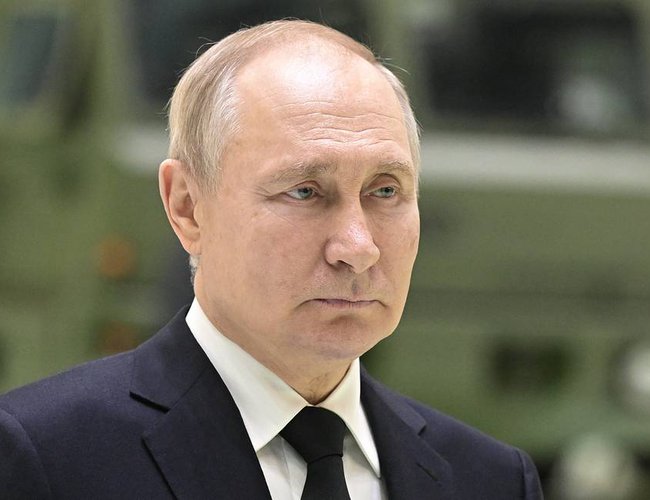 Russian President Vladimir Putin says he has no doubt that victory is "inevitable."

Putin commemorated the 80th anniversary of the Red Army breaking the Nazi siege of St. Petersburg, then known as Leningrad, during World War Two. On Wednesday, he met with workers at a missile factory who have ramped up production for the war in Ukraine. He said, in achieving the final result, some things will not change.

Putin said, "This is the courage and heroism of our fighters during the special military operation on the frontline and, of course, the work of defense industrial complexes, people like you."

Putin revisited an old theme, describing the Ukrainian regime as "neo-Nazi." He reiterated his claim that Russian troops are fighting to "de-Nazify" the country.

"From the standpoint of the end result and victory, which is unavoidable, there are several things that have not gone anywhere and that lie at the foundation of our victory. It is the unity and solidarity of the Russian people, the bravery and heroism of our fighters in the special military operation and on the frontline, and, of course, the operation of the military-industrial complex, of enterprises such as yours," he said, noting the contribution of the factory’s workers and the economy in general.

Ukrainian President Volodymyr Zelenskyy, meanwhile, revisited an appeal he has made repeatedly. On Wednesday, he appeared by video before leaders gathered at the World Economic Forum in Davos, Switzerland, and asked them for more weapons.

Analysts say Russia's military expansion could present a "much more formidable" threat to its neighbors, including those in NATO.