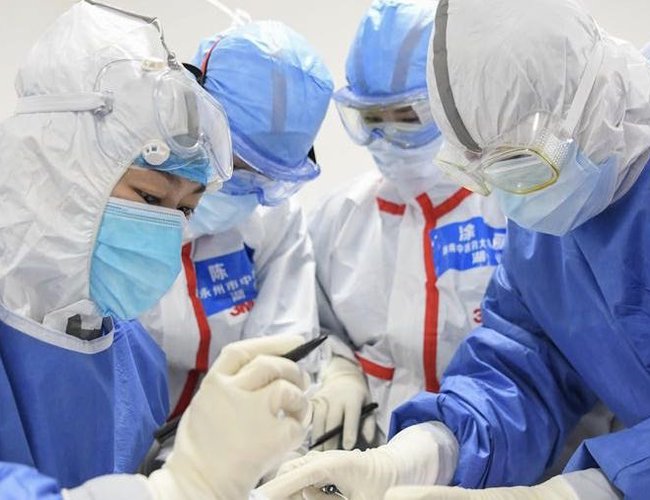 The Chinese Center for Disease Control and Prevention announced on Wednesday that the number of new cases peaked on December 22, but fell to 15,000 this Monday.

But the data does not include the total number of infections or breakdown of the figures by province.

China saw the number of new cases soar across the country after it significantly eased anti-coronavirus measures in place on December 7.

A CDC expert last week expressed the view 80 percent of the country's population has already been infected.

He cited the possibility that more than 1.1 billion people in the country with a population of 1.4 billion have had the virus.

The CDC says the number of coronavirus-related deaths in hospitals peaked on January 4, when 4,273 cases were reported, and that the number of deaths confirmed on Monday was 896.

The CDC announced that 72,596 people with the virus died between December 8 and January 19.

But experts say since the figure does not include those who died at home, the actual number could be much higher.

Ukrainian Soldiers Arrive In Britain For Tank Training By Agencies 1 day, 8 hours ago

Japan To Lower COVID-19 Classification On May 8 By Agencies 3 days, 7 hours ago

Western Allies Free Up Leopard 2 Tanks For Use In Ukraine By Agencies 5 days, 7 hours ago