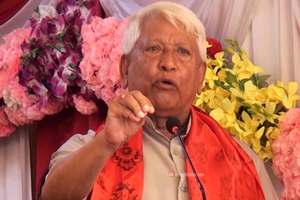 The Fourteenth General Convention: An Aspiration Of NC’s Reawakening

Having almost four decades in Nepali Congress politics, Arjun Narshing KC, who has never compromised for democracy and ideals of the Nepali Congress, has seen many ups and downs at the party. One of the senior-most leaders as par with president Sher Bahadur Deuba and Ram Chandra Poudel, leader KC does not mind to say spade is a spade. This is the reason he disagreed with the decision of Girija Prasad Koirala to dissolve the Nepal Student Union and Sushil Koirala on party issues. He is now against the decision taken by president Deuba. As Nepali Congress is convening its General Convention, senior leader KC writes why is he against president Deuba’s policy.