Citing its much – improved Capital Adequacy Ratio, strong liquidity position and reduction in Non Performing Loan, Lumbini Bank, which was taken over by Nepal Rastra Bank (NRB) in 2058 B.S, has now declared itself as one of the top and safest banks among all the commercial banks operating in the country.

The bank was taken over by NRB in 2058 due to its poor performance, mismanagement and deep financial troubles. However, with a new management, four years down the lane, the bank has recorded significant improvement in its performance.

Capital Adequacy Ratio, which measures the ability of a bank to absorb shocks during times of economic and other financial crisis, of the bank has been recorded as 24.23 %, at the end of the Chaitra 2066. It has also recovered 120 crores of cash from bad loan portfolio as a result of which the Non Performing Loan has reduced from 20.54% to 4.66% in four years.

The bank has maintained a sound liquidity position of 30% of deposit which is much better than the required liquidity position of 20% set by NRB. Similarly, the bank has experienced an improvement in their Reserve Fund, with a positive Rs. 155 million on Chaitra 2066 compared to a negative Rs. 1,221 million four years back. Increase in its Networth from negative Rs 722 million on Ashad 2063 to a positive Rs. 1,449 million on Chaitra 2066 also highlights the bank’s turnaround.

“We are very proud to say that Lumbini Bank is now one of the healthiest and safest banks for depositors and investor” said a happy CEO of the bank, Sovan Dev Pant. He also informed that the bank would paying the dividends to its investors from the next year, which it had been unable to do in the last four years because of its financial woes.

Only 10 Percent Of Total Employees In Nepal’s Hydropower Sector Are Women: IFC By NEW SPOTLIGHT ONLINE 15 hours, 6 minutes ago 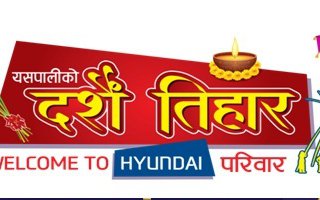 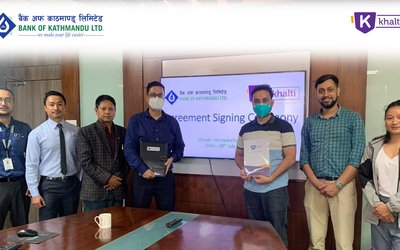 BoK And Khalti Signed An Agreement By NEW SPOTLIGHT ONLINE 1 day, 13 hours ago

ADB Vows To Be Developing Asia's Partner For Recovery From COVID-19 By NEW SPOTLIGHT ONLINE 4 days, 12 hours ago