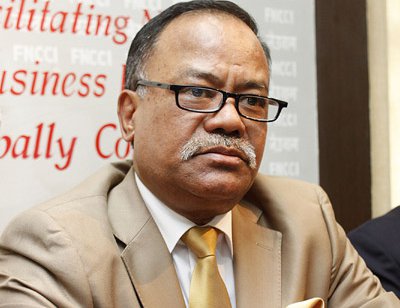 The attack was reportedly carried out by the members of trade union belonging to the UCPN (Maoist). Although, they have rejected the blame, the unfortunate attack highlights the volatile situation of the country.

Joint forces of many parties shut down the whole nation and called ‘Nepal banda’ stating their dissatisfaction towards the government. After a series of enforced banda by the political parties, one sector that has suffered the most is undoubtedly tourism.

In Nepal, people with power or who are affiliated to some political forces can act on their whims and go unpunished. So why would any one visit a country which runs on whims of political parties, who shut down the entire nation to show their dissatisfaction?

After Nepal Tourism Year (NTY) and Visit Lumbini year (VLY), the tourism sector was recovering. The total number of tourist arrivals by air last year was around 598,204, which was more than 10 percent from the previous year. The total tourist arrivals in 2011 was 53,219.

Although the political uncertainties continued even in the past years, the peace prolonged in the nation which helped tourism and showed glimpses of what Nepal can achieve when the peace truly prevails.

If the uncertainties continue and this unfortunate banda culture doesn’t come a halt soon, the tourism sector and tourism entrepreneurs will have to bear the pains and the nation will have to suffer.

The lack of investments and the trade union problem along with other regular issues is hindering the growth of whole nation, and has aided to the plight of tourism sector.

“The government always states the need of investments in the tourism sector, but how can anyone invest in the climate insecurity,” said Pabitra Bahadur Karki, President of Nepal Association of Tour and Travel Agents (NATTA).

Tourism has been one of the few factors along with remittances that have helped the inflow of cash in to the nation. But the lack of necessary attention and effective steps for the betterment of this sector has put the whole sector in the dark.

Only Twenty Percent Hotel Will Be Opened Now: Shreejana Rana By NEW SPOTLIGHT ONLINE 1 week ago

ICIMD Warns Possibility Of Outburst Of Four Glacial Lakes In Sankhuwasabha By Agencies 1 week, 1 day ago

Hotel And Restaurant Resume From Today By NEW SPOTLIGHT ONLINE 1 week, 4 days ago