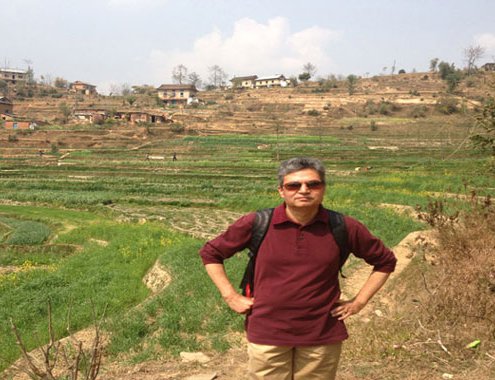 What does Rights, Democracy and Inclusion Fund (RDIF) stand for?

RDIF was a joint initiative of DFID, SDC, AusAID and Norwegian Embassy in the first phase. In the second phase, Norway withdrew from RDIF, whereas DanidaHUGOU joined it. Enabling State Program managed the Fund. The key thematic areas of support were democratization, social and political inclusion, human rights and capacity development of partner organizations.

RDIF contributed to deepening democracy in Nepal through rights and inclusion by partnering with national, regional and local civil society organizations.

When did it start and how was it managed?

The first phase of RDIF implementation started in February 2006 and concluded in December 2008.  The second phase started in January 2009 and concluded in December 2012. RDIF was managed by the Enabling State Program, which is a good governance initiative of the UK Government’s Department for International Development. RDIF established Regional Offices in Biratnagar, Pokhara, Nepalgunj and Dhangadhi in the second phase in order to launch and expand RDIF projects in remote rural areas and to provide technical oversight and capacity building support to its project implementing partner organizations. This greatly helped us fulfill our goal to ‘reach the unreached’ by developing partnership in 70 districts of Nepal.

How many projects were managed and what was the financial commitment?

In the first phase, it took us time to develop systems and procedures, implementation approaches, human resources management, grants and financial management procedures etc. As such, we were only able to support 22 projects. The total expenditure of the first phase was £2.2 million. However, during the second phase, we were able to support 76 projects. Our total expenditure was £4.7 million, out of £4.9 million committed by the four donors.

What were the focus areas of RDIF?

As I said earlier, RDIF is about contributing to deepening democracy by promoting rights and inclusion. The second phase of RDIF focused on reaching the unreached communities and supported activities at the local level. This way, RDIF was able to reach a large number of people living in rural Nepal, with specific activities designed in tune with local realities and contexts. Some of the RDIF-supported activities at the local level went on to amplify citizens’ voices at the regional and national levels. RDIF also helped civil society organizations to enhance their knowledge of RDIF thematic areas and to advocate policy change at the central level.

How do you  view the overall coverage of the project?

RDIF focused on geographical coverage as well as thematic. In the first phase, its project activities reached the country’s 75 districts through a voter education project, and 70 districts in the second phase. There were altogether 18 civil society organizations that implemented 22 projects in the first phase. In the second phase, 76 partners completed projects, one by each. RDIF projects designed various activities targeting diverse communities, including the poor and vulnerable ones. The number of RDIF projects that focused on women, Dalits and youths was relatively higher. Some of the RDIF projects reached the most remote areas of Nepal, including Karnali.

What have been the significant achievements of the project?

Well, the total direct beneficiaries of the projects were 1.33 million with almost equal participation of men and women. The program reached over 900,000 people through awareness campaigns, saw the participation of people in  175,000 functional group/networks. Around 170,000 people participated in  dialogue, workshop and interaction events, and approximately 75,000 people received  training and orientation in RDIF’s thematic areas. Above 500,000 people had better understanding of constitutional processes, human rights and inclusion issues. Our independent evaluation has shown an improvement from 37% baseline figure to 84% in terms of people’s awareness about electoral processes. RDIF projects formed and mobilized advocacy groups and networks to strengthen the organized voice of the people and to raise concerns and influence policy and system change, including quality service delivery from state agencies at the local level. Community members and representatives of state institutions participated in dialogues, workshops and interactions. This was crucial for forging constructive engagement between citizens and state agencies at the local and national levels.

So what are the changes and key results from RDIF projects?


The project helped political decision makers, together with civil society at the local level, to resolve local issues peacefully. We have also observed increased public commitment by political parties to be transparent and inclusive. Similarly, more aware and organized people are engaged in bringing about changes in their communities by reducing discrimination. This is another important change. Our partner organizations have also been able to contribute to state institutions at the central level through policy advocacy and constructive feedback. People at the local level have made increased efforts for democratic practices in social structures such as community users groups and management committees. In some districts, even government officials such as VDC secretaries were supported by our partner organizations to have more conducive environment and strengthened relationship between the secretaries and community people. It has also led to increased access to resources by women and poor people in project areas. These are a few highlights of the changes and results observed.

How did the project support political parties?

The projects helped over 3,000 political party cadres/leaders improve their understanding of democratic practices. The projects also facilitated training of nearly 1,500 youths affiliated to various political parties. They completed a short training on negotiation and conflict management. The training helped political parties make public commitments and become more transparent and inclusive at the local level. Political parties have initiated activities within their organizations for strengthening intra-party democracy, transparency and inclusion. For example, political parties have established inclusion desks in Nawalparasi. Within a short span of time, RDIF was able to create more awareness and organize citizens in their drive for changing formal and informal rules of the game, including increased citizen vigilance of resource allocation, mobilization and social security provisions.

How many people participated in the project?

More than 1.3 million people participated in various project activities such as trainings, orientation, dialogues and interactions. About 33,000 community people (70% female, 28% Dalit, 32% Janajati) were organized in local groups and networks through RDIF projects in Phase II for constant and constructive engagement, sensitization and policy changes. Some of the activities included Constituent Assembly [CA] process, social security allowance, political representation, access to public goods and services. Over 40,000 people participated in interaction with CA members and provided their feedback to CA thematic committee reports before the dissolution of CA.

What are the other contributions that the project made?

Policy reviews and advocacy at the centre, sensitizing state agencies on rights of senior citizens, gender and sexual minorities, women and children were important contributions. Apart from increased efforts by citizens for democratic practices in social structures such as users groups and management committees, over 1,500 local groups and networks established by RDIF projects  acted as drivers of change through social mobilization, dialogues and influence.

How has the project contributed to economic empowerment?

Linking awareness with economic empowerment is an important step to a better and more sustainable participation of the poor and vulnerable people.  Although changing the ‘power relationship’ overnight in local communities is an unrealistic desire, an inclusive targeting approach and engaging the ‘not-excluded’ groups to promote inclusion could be useful. Integrating capacity development of partner organizations contributes to effective and efficient project delivery. Local structures of funding agencies provide opportunity to access resources by small and locally-rooted organizations, and helps mitigate risks.

What lesson donors have learnt?

The project showed that multi-donor approach worked even in  unpredictable and fragile contexts. Local partners are more efficient in mobilizing communities, engaging constructively with others and being accountable towards their constituencies. Similarly, active involvement of target communities in the planning, implementation and monitoring processes makes projects more effective. Working with political parties is a sensitive issue requiring trust and confidence building, sound preparation, and neutral facilitation. Moreover, strengthened coordination and collaboration with government stakeholders can lead to quicker and sustainable results.

What were the challenges?

The project faced a number of challenges. Managing expectations of tangible and sustainable results from short-term interventions through a large number of partner organizations was a challenge in itself. The project partners were scattered across the country, which limited regular hands-on support. We had assumed that our partners would have a good understanding of thematic areas, but this was not the case with some of the partners. As such ESP/RDIF had to engage significantly than was expected to ensure effective implementation of some projects.

It seems RDIF has made notable contributions to deepening democracy at the local level, but will this be sustainable after the closure of RDIF?

RDIF has invested significantly in capacity building of the partner organizations. The partner organizations that RDIF worked with have now good capacity in terms policy formulation, implementation of strategies,  project management, monitoring, evaluation and lesson learning tools, gender equality and social inclusion tools, financial management and control. Additionally, they have had a good opportunity to practice and experience the issues they are committed to. Some of the  partners continue to pursue action towards addressing some of the social justice issues – such as addressing gender-based violence, untouchability and caste-based discrimination, access to services.  Their mission is going on even after the closure of RDIF. If our partners are able to access resources from local government and continue their mission, then RDIF results would not only be sustained, they would also expand. ESP, which managed RDIF for six years, will continue its support for building the capacity of RDIF partner organizations.