We Need Digital Board: Pokharel 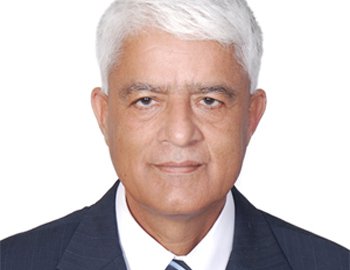 Despite an immense contribution of private schools in the country, why is there always criticism directed against them?

There is no doubt that private boarding schools have been making an immense contribution in Nepal's education system in terms of providing the quality education. This is matter of pride for all of us. There are about 8,000 private schools.

How do you make sense of the investment pattern?

There are 1.8 million students with 150,000 teachers and employees who are directly getting the employment opportunity. According to the government statistics, the government is spending over 65 billion rupees for 6.8 million students. The government needs to spend over 15 billion for 1.8 million students. It shows that the private sector is saving 15 billion rupees for the government's coffers. Along with this, we have established education institutions within the country to provide quality education, thereby, stopping the money from going to foreign countries. Despite all these achievements, the civil society, guardians and government are yet to accept the contributions of the private sector. We don't get the due recognition. As a president of PABSON, my goal is now to make people realize our contribution and get the recognition and prestige in the society. My whole thrust is to establish a separate identity of the private sector education.

What are your views on SLC results?

What do you suggest in this situation?

My suggestion for our civil society, guardians and government is that they should spare half the time to comment and criticize the public schools for their failure. Only after such healthy criticism, the quality of education will improve. Classes are rare in the public schools. Teachers teach their students with the parents rarely questioning the quality of education. Even the government agencies failed to regulate the schools. Since private schools have to generate resources to pay the teachers’ salary and running cost, they have to provide quality education. The situation is different in government schools where teachers don't have to teach. The government schools are hundred percent subsidized by the government. We need to plead guardians through quality education. We have a compulsion to bring quality. There is complete politicization in government schools. We are investing money in the country. What we have earned it is there in the country. We pay the taxes.

What is the student versus expenditure ratio?

The government spends Rs.1500 a month for a student in government schools in Kathmandu. Per student expenditure in Lalitpur district is Rs. 1900 per month. There are many private schools which are teaching students in much lower prices of Rs. 800.00 or 1000.00. This is a direct payment and government expenditure is indirect expense which is invisible. Despite such big investments, there is nobody to complain about the government schools.  The public criticism has also helped us.  It is out of imagination to think of shutting down all the private schools and rely on public schools only. It is impossible in the world. Even there are private schools in communist countries. There are some private boarding schools which are not doing well. There is the need to manage such schools. There is the need to have strong regulator authority.

How do you define the role of PABSON?

PABSON is now 23 years old and it is going towards maturity. We will have a general convention in the coming January. What I can say is that during my tenure as the president, I have made all out efforts to enhance the prestige of PABSON as well as the private schools. As a person having a keen interest in the academy, I am making efforts to establish a different identity of the private schools. I am persuading the private and boarding schools to move to Information Communication Technology ICT. The traditional education system needs to change. Community schools have already learnt our technique.  Many schools have already started ICT. We want to give online education using the multi-media. We need to introduce the digital board.

Nepal's Stand Is For Truth To Prevail, Come What May: DPM Pokhrel By NEW SPOTLIGHT ONLINE 4 weeks ago