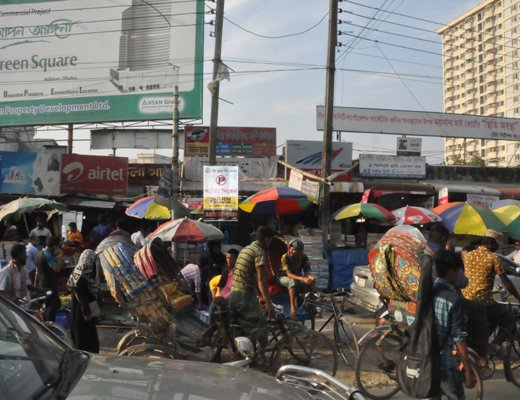 When Prime Minister Jawaharlal Nehru visited China at the height of Hind-Chini Bhai Bhai, thousands lined up along the streets of what was then called Peking to give him a thundering cheer. As he drove with Chinese counterpart  Zhou Enlai the air rent with an unmistakable bonhomie.  Much water has flowed down the Ganges and the Huang Ho over the past 60 years. The two Asian giants who fought an acrimonious war eight years after that momentous visit are today knocking at the door of the elite club of the world super powers. The communist China has emerged as the world's second largest economy while the world's largest democracy India has been hailed as a fast emerging economy. China is a veto-wielding permanent member of the UN Security Council while India has been eyeing such a seat in the world body.  Cooperation and rivalry have marked the relations between two of the world's most important countries. As much was evident last month when China played host to the Indian prime minister Manmohan Singh.

There was no cheering crowd lined up on the Beijing streets this time around. The Hind-Chini Bhai Bhai had become a thing of the past. But Prime Minister Singh’s visit revived the memories of the golden past.  Most important, perhaps, was the fact that for the first time since 1954 the two countries exchanged visits at the prime minister level in the same calendar year. Singh's Beijing sojourn had been preceded by his Chinese counterpart Li Keqiang's tour to Delhi. While Singh's could be his last visit to the Dragon land as the head of the government,  coming as it did less than a year before general elections,  it was the first foreign visit for the Chinese premier Li within months of assuming the office following the change of guards in Beijing.

Significantly, the visit reflected a fresh air in the bilateral relations.  China played host to two other Prime Ministers — of Russia and Mongolia --  even as it rolled out red carpets to the Indian premier the same day . But special treatment was reserved for the special guest from India.  Premier Li personally escorted  Singh around the Forbidden City.  A rare lunch had been arranged with Li's predecessor  former Premier, Wen Jiabao. Singh was also one of the rare foreign leaders to have been invited to address the ruling Communist Party's Central School on the outskirts of Beijing. The Chinese media treated the visit as a very special event and paid glowing tributes to the two leaders.  According to China Daily, it was a ‘visit of vision and legacy’, with the leaders of the two countries making use of the occasion to share  a similar vision of being "low on expectations and high on pragmatism".

Although many contentious issues like the issue of stapled visa and border disputes predictably remained  unresolved, the giant Asian rivals were successful in sending out a message to the world that they can work together notwithstanding a number of seemingly unbridgeable differences. Said China Daily,  the two countries were firm and committed in working together. According to experts, the agreement on border defence cooperation  and the agreement on harnessing trans-border rivers stand out as examples out of the nine agreements signed during the visit.  The border agreement provides for the non-use of force in case of any face off on the Line of Actual Control (LAC) and resolving disputes through talks and meetings, starting right from the border personnel level. Not that there had been no agreements in the past, but  many say it is the first time that a systematic and a more credible approach has been followed.

It would however be premature to be too optimistic. Notwithstanding a fresh air injected by Singh's China visit, many ifs and buts remain before one could see a turn-around in the relations between India and China. China is suspicious of India's role and position on one of its most soft spots -- Tibet. That the Dalai Lama's sanctuary remains in the bordering Indian state of Himachal Pradesh and that what China sees as the suspect Tibet designs of the West has many buyers in India will continue to be a thorn in the bilateral ties.  India on its part will continue to be uncomfortable with China’s relentless support to arch-enemy Pakistan. That such thorny irritants were not even touched on during Singh's visit also shows the cautious approach of the two.

Irrespective of the turn the relations between its two giant neighbours takes following what the joint statement described as the visit of a great importance Nepal cannot remain immune to its effects. Nepal has been too preoccupied with the impending constituent assembly elections to ponder the potential fallouts of the new developments in the China-India relations. But it can ill afford to remain indifferent because, as an old adage goes, the grass is crushed no matter the two elephants make love or war.

Abe's State Funeral To Be Held On Tuesday By Agencies 3 days, 13 hours ago

US-South Korea To Stage Joint Military Ddrills With Nuclear-powered US Carrier By Agencies 4 days, 13 hours ago

South Korea On Alert For Signs Of North's SLBM Launch By Agencies 5 days, 14 hours ago