Second Wave Of Covid-19 In India: Deadly Blow To The Economy

Second Wave Of Covid-19 In India: Deadly Blow To The Economy 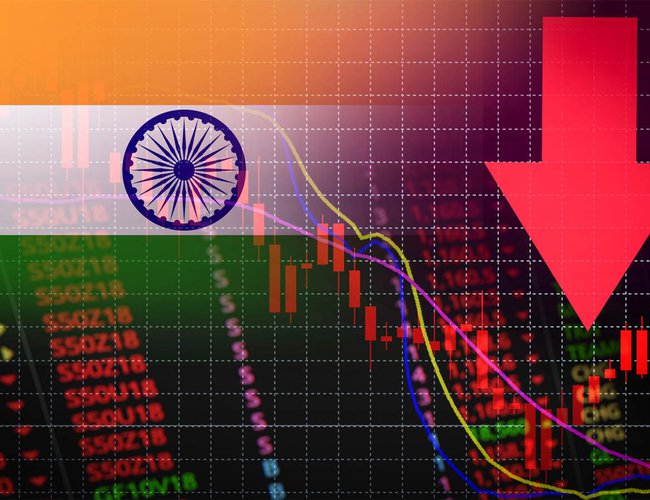 When the Covid-19 ravaged countries across the world last year, India was hailed for acting swiftly and preventing a major catastrophe. Modi even compared India’s battle against the pandemic to the epic battle of Mahabharat and said that while the Mahabharat war was won in 18 days, India would get rid of the pandemic in 21 days. While the enormity of the challenge did not allow India to get rid of the virus in 21 days, it did fare much better than other European countries.

Come a year later, the situation is different. The second wave of the pandemic hit India so brutally that scenes of mass cremation, weeping relatives and overcrowded hospitals became a staple image. India had not expected such a severe impact and was hence caught completely off guard when the severity started to show. Until now, the country has seen a total of 389,000 deaths from the virus out of which more than half have come in the second wave.

Along with human casualty, the second wave also had a deadly impact on the country’s economy. This was not so last year in the first wave. One of the reasons for this is the nature of the first and the second wave. A prolonged lockdown and relatively better control of the pandemic during the first wave meant that the rural economy continued to function despite manufacturing and urban economy coming to a halt. Although other sectors such as manufacturing and service were hit, agriculture continues to grow.It further benefited from good monsoon and cheaper and higher availability of labor since many of the laborers working in the city went back to their homes. Reflecting on the GDP figures, the agricultural economy grew by 3.4% while the overall economy contracted with 7.7% in FY21.

The first wave of the pandemic in India was primarily urban in its spread. But the second wave hit the rural areas quite badly. Rural areas in the state of Maharashtra, Andhra Pradesh and Kerala were the worst impacted. The situation was further aggravated due to the inadequacy of medical infrastructure in the rural areas and the rush of patients from villages and smaller towns to urban centers. This then affected the agriculture sector severely. The surging cases resulted in stricter lockdowns even in rural areas. This thus resulted in closures of Mandis, vegetable vendors and processing industries. The average wage growth for the agriculture sector for the period of November 2020 to March 2021 was thus reduced to 2.9 percent (2nd wave) from 8.5 percent in April to August 2020 (1st wave).

On May 31, the Indian government released the data for GDP that during the financial year 2020-21, GDP contracted by 7.3 percent. It is the most severe contraction from the time India got its independence. But what is more worrying is what lies ahead. For the current financial year, the Reserve Bank of India has anticipated growth of 10.5 percent. But experts say that is highly ambitious and many doubt that India will touch double-digit growth this year.

India’s plunging economy does not spell doom only for the country, it means that the global economy is going to be equally affected. India is itself the fifth largest economy in the world and contributes significantly to world economic growth. It is one of the largest trading partners to the USA and China. With its economy seeing such a severe impact, the US and the Chinese economy will inevitably see disruptions in their supply chains. Moreover, Emerging markets are slated to contribute 64 percent of global economic growth this year. India’s 2020 GDP was just over $2.7 trillion. If India were to grow at only 5 percent this year, instead of the 12.5 percent the IMF predicted, it would still cost the world over $200 billion in potential growth.