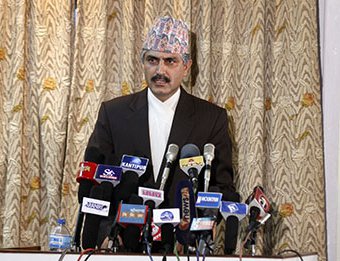 Despite the election hangs and uncertainties, Nepal’s economy is showing some signs of improvement. Though the overall economy of the nation might not be that favorable, but in the midst of all skepticism, Foreign Direct Investment (FDI) commitment has increased.

The FDI commitment has nearly doubled for the first four months of this fiscal year compared to the previous fiscal year’s same period. The pledged amount totaled to around NRs 10.88 billion through some 98 foreign investors, according to the Department of Industry (DoI).

Despite the rise, many economists are not too hopeful that those investment commitments will be turned into actual actions. Delay in the forming consensus among major political parties in constitution making process might turn interested foreign investors to look away, they believe.

The FDI commitment is expected to give rise to more than 4,000 jobs in Nepal if it is translated into action.

Nepal’s gripping energy crisis contrary to the country’s high energy production potential has attracted a lot of foreign investment commitment in this sector. Energy sector has attracted commitments worth NRs 5.35 billion in the first four months of the current fiscal year.

FDI commitment has also increased significantly due to heavy investment commitment in a hydro-electricity project in Kaski, said Director of Foreign Direct Investment of the DoI, Bipin Rajbhandari. An Indian investor has promised some NRs 5 billion to develop a hydropower project of 44 MW capacity in Kaski district.

However, it is very difficult to expect in the current scenario to imagine all the amount of commitments will be turned in to real investment. As high discrepancy exists between the real investments and commitments. In the first four months of this fiscal year, the actual foreign direct investment (FDI) in the country totaled to some NRs 881.50 million. This is a 67 per cent decrease than in the same period last fiscal year. The amount is only around 5 percent of the total FDI commitment of the last fiscal year, according to various media reports.

“The contributions of FDI commitments are not clearly seen in solving many economic issues of the country inconsistent to claims,” said Economist Bishamber Pyakurel.

Although the rise in investment commitment is very welcoming, it is hard to predict how much of this will turn out to be meaningful investment and how the country can hold and attract foreign investors given the current political crisis, energy crisis and still lingering various labor issues.

BEEN Energy Efficient Building By A Correspondent 4 days, 3 hours ago