After a sustained growth of the tourism sector for a few years, 2013 proved to be a year for the country that is best forgotten in that context. Nepal’s international image got a hit by the European Commission´s ban on Nepal Airplanes. Now all eyes a 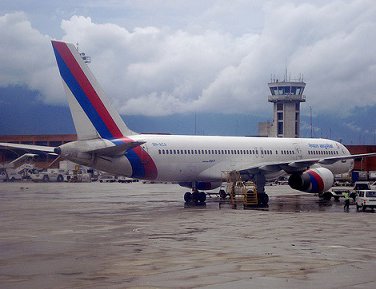 After marking Nepal Tourism Year in 2011, the tourism industry started to take a new breath with the tourist arrivals breaking records. The growth built on a sustained growth from around 2009. But two years later, the tourism sector is back to being dismal. With a plethora of problems at hand, the decline in tourism is not unexpected, however. The recent elections, frequent, and sometimes even violent, strikes, airport and aircraft safety issues, and lack of promotional tourism activities in the international market, are some of the problems that have helped pile on the misery on this sector, according to tourism experts.

The air sector from which Nepal receives a majority of tourists, saw a hit in reputation last year. Nepal’s only international airport, Tribhuvan International Airport (TIA), refused to land wide-body aircraft in its runways due to runway issues, which then raised concerns among the aircraft flying to Nepal and restricted  their  activities. Then, the European Commission´s (EC) ban on Nepalese aircraft raising safety issues, projected an all-round negative image of the country.

Due to the issues, the tourist arrivals decreased compared to the year before. “Though not official, our calculations show arrivals went down by around 10 percent during the year,” said Pabitra Kumar Karki, president of Nepal Association of Tour and Travel Agents (NATTA) to Republica.

However, Nepal Airlines plan to invest around NRs 10 billion to purchase new airbuses and other aircraft, has shown promises to ease the ever lingering issue of lack of aircraft of Nepal. So, now all eyes are on 2014 with tourism stakeholders believing the New Year will leave behind miseries of 2013. They are hopeful of having a prolific tourism year next. When will Nepal reach near its actual tourism potential is still very uncertain, but tourism entrepreneurs are hoping for a better 2014.

Arrival down in December

Except the number of tourists from SAARC region, tourists from other major regions declined. But, the increase from SAARC region was also mere 1.6 percent to 13,521. The increase in the number of tourists from the region mainly rested on the arrivals from Bangladesh (up 40.3 percent) and Sri Lanka (up 49.4 percent) which saw a rise of around 40 and 49 percent respectively compared to the same month of 2012. However, arrivals from India and Pakistan dropped by 1.0 percent and 67.2 percent, respectively.

Tourist arrival from rest of Asia saw a decline of 3.1 percent. Number of tourists from Malaysia (up 10 percent), Chinese Taipei (up 3.2 percent) and Thailand (up 3.3 percent) increased. Arrivals from China not too long back was at an all-time high, but they are also declining. Chinese arrivals dropped by a 9.3 percent in December. Likewise, arrivals from European countries also posted negative figures as they registered a decline of 8.7 percent. The arrivals from Oceania and America also witnessed a negative growth of 16.3 percent and 6.1, respectively.

According to Nepal Tourism Board, the drop in arrivals reflects the volatile nature of international tourist movement which is easily affected by numerous factors such as the traveling cost, situation at the destination country, global economic trends and traveling spirit of international visitors, among others. Nepal can indeed do a lot of things that have been neglected in the recent times to make tourism industry more sustainable and consistent.

Nepal Receives 285,363 Tourists In Seven Months By Agencies 2 months ago