POLITICS: Left In The Tussle

Having split into two with a sizeable faction led by Mohan Baidya breaking away even before elections, the Maoist party faces another serious crisis after the polls. 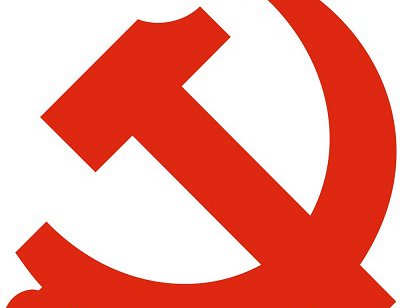 The elections for the Federation of Nepalese Journalists  saw a rare unity among the country's communist parties including the three largest, the UML and the two Maoist outfits, to instruct their respective sister organisations of the media persons to put up joint candidates against. the democrat-panel of the Nepali Congress' sister organisation. The move paid off.   The communist-panel swept the elections for the umbrella body of the journalists at the cost of the democrat-panel.

The unity has however not reflected in the country's major communist parties. It has instead been more of a story of disunity.  There has even been fears of a further split in some of them. While deep differences among the top leaders have led to yet another postponement of  the general convention of the largest outfit,  the UML,  the second largest UCPNM has witnessed a unruly scene at its national conference.

Ever since its defeat in the second elections for the constituent assembly, the UCPN has not been the same party it used to be immediately after its surprisingly good show  in the first one.  Having split into two with a sizeable faction led by Mohan Baidya breaking away even before  elections, the Maoist party faces another serious crisis after the polls.

This was evident in the general conference in Biratnagar. While chairman Pushpa Kamal Dahal has sought to use the event to ward off the threat to his leadership, senior leader Baburam Bhattarai  appears pissed off over Dahal's rejection of the "new force"  that he has been championing of late to "revive" the party.

Dahal sees the idea of the "new force" as a direct challenge to him.  Bhattarai wants a special general convention to be convened at the earliest  where he hopes to have deliberation on his idea with the belief that he will get his way. But, thanks to the reluctance of Dahal, there has been no indication of early general convention.

The general convention politics has got into the UML also.  The  impending general convention is set to elect a new chief  to replace the incumbent Jhalnath Khanal.  But the uncertainty over the convention has refused to go away. Due to be held next month, it has now been postponed for a month amidst the bickering of the main contenders.

Former prime minister and general secretary Madhav Kumar Nepal  wanted it to be deferred apparently for tactical reasons while the rival lobby belonging to the ailing K.P.Oli  was opposed to the idea.  Even as Oli was flown to Bangkok for treatment and the neutral Khanal flew to China on an official visit, the postponement of the key UML general convention has prolonged the uncertainty over the course the party's next leadership would take. In the meantime, there has been no thaw in the bad blood running between the Madhav and the Oli lobbies.

Tussle for the leadership in a political party is not unnatural, but which way it will go in the UML has the potential of influencing the nature of the coalition government in which it is the major partner with the Nepali Congress. The constitution-making process cannot remain indifferent either.

While the leadership tussle in the UML may not be self-destructive in the short run, nothing can be ruled out in the long run. The reason: it is the personality not the ideology which is dividing the party. In the event of Oli's health coming in his way, another senior leader and deputy prime minister Bamdev Gautam has also kept his eyes on the top chair at Balkhu.  Gautam is also said to be nursing the dream of the top job in Singhdurbar as well. All these factors  have led to many speculations in the political circle.