As preparations for the 18th SAARC Summit continue in a haste, given Nepal’s current political tussle and growing regional uneasiness, it remains to be seen how things will unfold over the coming weeks 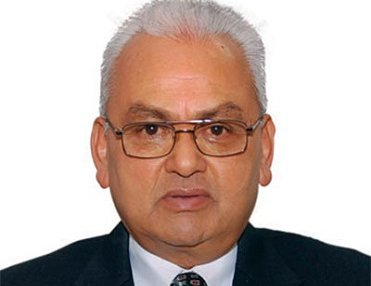 The pace of renovation of City Hall, parliament building, road expansion and decoration for the 18th Summit of South Asian Association for Regional Cooperation (SAARC) is slow and so is the speculation as to whether the SAARC Summit will happen as planned.

Along with the improvement of infrastructure, the Ministry of Foreign Affairs is handling the software parts carefully by exchanging joint declarations and other ceremonial affairs.

At the official level, there is a high hope for the coming SAARC summit even as some doubts persist in mind about whether the 18th SAARC Summit will be held as per the official calendar prepared by the Ministry of Foreign Affairs. Even if it is held, will it be different from the previous ones?

For over 30 years, South Asian Association for Regional Cooperation (SAARC) has been overshadowed by the India-Pakistan rivalry. With the growing involvement of China in South Asia, and in the Maldives, India, which sees South Asia as its own sphere of influence, feels uneasy.

“We are in the final stage of preparations for the summit. As all the leaders of South Asian countries have accepted the invitation, they will come to Nepal for the summit,” said Foreign Minister Mahendra Pandey.

SAARC summit was held in Nepal in 2001 even at the hype of India-Pakistan rivalry in 2001. However, it is yet to see how this invisible rivalry between India and China will increase the sphere of influence and make differences to the coming SAARC Summit.

Although China shares its border with five countries, namely, Nepal, Afghanistan, Bhutan, Pakistan and India, out of eight members of SAARC, Indian strategic thinkers see China as an outside power.  They alarm that China’s presence as an observer can make differences in the summit with its economic affluence and power.  China maintains good relations with all the countries in South Asia as China is the largest foreign investor of Sri Lanka, Bangladesh and Maldives.

How newly elected Indian Prime Minister Narendra Modi decides to handle China will determine the success of the coming SAARC Summit. “There is an uneasiness in India over the SAARC summit but it cannot openly play any role to postpone the summit. One cannot rule out the possibility of postponement till the last minute. If there is some excuse, India prefers to avoid it," says experts.

However, China has been given just an observer status like Japan, United States and European Union.

There are piles of documents at the SAARC secretariat with millions of sweet words hailing regional cooperation as a panacea. However, nothing has translated into practice, whether during the period of cold war or after.

The dispute between Indian-Pakistan is blamed for the failure in regaining the momentum of the South Asian regional body. Although the situation has changed a lot, the speculations about the uncertainty of SAARC remain.

Besides some lapses, the final preparations for the SAARC summit on 26-27 November  2014 are almost nearing completion. Nepal’s security agencies have already made it clear that they are prepared to provide credible security to the leaders of participating countries.

As foreign minister Mahendra Pandey handed over the invitation for the heads of the state and government of the region and, all the leaders have assured Pandey that nothing remains in doubt for holding the summit.

However, Nepal’s internal political scenario speaks otherwise. In the past, SAARC summit used to be postpone due to the internal political turmoil of the host country more often than the request of the third country. Although the relations between India and Pakistan are at their lowest ebb in decade with border skirmishes, Indian Prime minister Narendra Modi and Pakistani Prime Minister Nawaj Sharif have expressed commitment to take part in the regional summit.

Although many regional groups have made a remarkable progress in the last 30 years, the past 17 summits of SAARC have proved that it is a non-starter in terms of carrying out regional cooperation.  Despite promises of leaders of the region, it is one of the least connected regional blocks.

Despite the commitments and sweet words from the leaders, nothing has changed till now. One in three Muslims worldwide is South Asian. One in two of the world's poor is a South Asian. Yet when the heads of eight South Asian states congregate and discourse on fighting terrorism, no major international news channel is present to cover the issue.

Given the past experiences, nothing of substance would be accomplished: the very day SAARC ended, reality went back to danger-zone as usual. Against the backdrop of brewing trouble, the meeting was almost surreal in texture: many saw in it echoes of a glorious South Asian wedding.

According to a schedule, three separate agreements are to be signed in the upcoming 18th SAARC Summit with an aim to make mutual cooperation among the member countries stronger.

The agreements include Motor Vehicle Agreement, Railway Agreement and Agreement on Energy Sector. These aim at improving land connectivity as well as guaranteeing increased access to economic activities among the SAARC countries.

Handling various summits in the past and highly sensitive meetings in the recent months, the Foreign Ministry has shown that it has the institutional capability to handle international summits and visits.

Under the leadership of Minister for Foreign Affairs Mahendra Bahadur Pandey, foreign secretary Shanker Das Bairagi, joint secretary and spokesperson Khag Raj Adhikari, joint secretary Yagya Bahadur Hamal and Prakash Kumar Regmi are working side by side for the final preparations, along with the chief of protocol Kali Prasad Pokharel.

The prime minister's office also has a strong team. Seasoned career diplomat and prime minister’s foreign advisor Dr. Dinesh Bhattarai is also closely working with the Ministry of Foreign Affairs in the preparation process.  As Prime Minister Sushil Koirala has already ordered concerned government offices to expedite the preparatory work, foreign advisor Dr. Bhattarai is using his own experiences to make the Summit a success.

“A thirty-one point Kathmandu Declaration would be issued,” said Minister for Foreign Affairs, Mahendra Bahadur Pandey in course of familiarizing the International Affairs and Labor Committee under the Legislature-Parliament about the preparations of the upcoming SAARC Summit. "We have already submitted the draft of the declaration and agreements to member countries.”

“The issues of land connectivity, climate change, poverty alleviation, sharing of energy in the SAARC region, and promotion of tourism and trade will be extensively discussed during the summit and Kathmandu Declaration will incorporate the issues,” said Pandey. “Nepal will give special stress for the implementation of the previous agreements and issues mentioned in the declaration in letter and spirit while preparation is underway to merge SAARC-level regional organizations."

Although there remain certain speculations over the SAARC Summit, everything is ready to hold the 18th SAARC Summit. However, the effectiveness of the SAARC process will be determined by the relations between China and India. No matter what other smaller countries of SAARC say, the future course of the SAARC process will depend on the pattern of relations between China and India.

POLITICS No Magic Number By Keshab Poudel 1 day, 5 hours ago

New Government Is Impossible Till Maoist Pull Out From The Government;: NC President Deuba By Agencies 1 day, 5 hours ago

Prime Minister Oli Calls For Support From All Sides To Tackle COVID-19 By Agencies 2 days, 21 hours ago