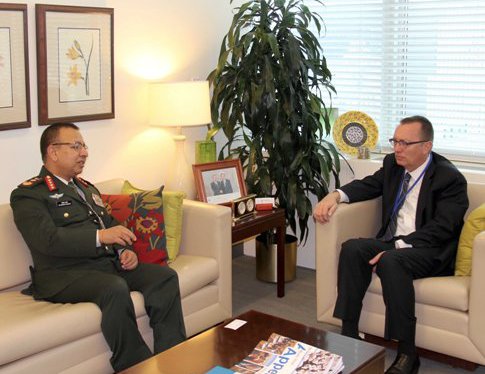 At the meeting held at Nepal Army headquarters in the Capital, the duo discussed status of women in Nepal Army and participation of women military personnel in UN peacekeeping missions, NA Directorate of Public Relations said in a statement today.

Coomaraswamy was the head author for the Global Study on Implementation of UN Resolution No.1325.

Nepali Congress To Proceed With Nominations Of Candidacies For FPTP System By Agencies 7 hours, 12 minutes ago

POLITICS Uncertain Future By A Correspondent 6 days, 2 hours ago