“There Is No Anti-National Agenda In Our Demand” Rajendra Mahato

Even as one hundred days have already passed since the beginning of Madhesh agitation, no solution to the problem is in sight. In that context, President of Sadbhvabana Party RAJENDRA MAHATO spoke to NEW SPOTLIGHT from Birgunj. Excerpts: 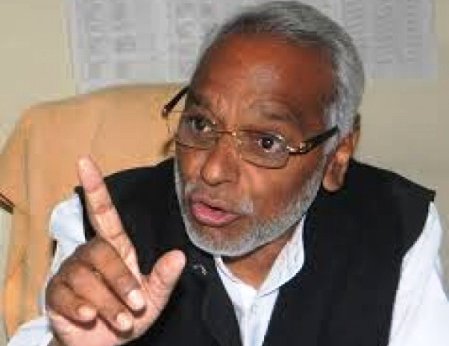 How do you evaluate the one hundred days of MadheshAndolan?

It is a great success. Despite violent oppression from the state, the number of people coming to show the solidarity is high. The agitationcould sustain for three months because of the support given by the people. Over 50 people from Terai and Madhesh were killed and hundreds of others were injured in police suppression, but theenthusiasm of people has not died yet.

Don’t you see any possibility of ending the agitation?

Once the government agrees on our 11-point demand, the agitation will end. The agitation is not for personal gains of any political leaders,it is for equal rights of the people. We want an end to thediscrimination against Madhesh. This agitation is for rights.

Leaders of three major parties have been saying that this is the best constitution in the world in terms of rights. If that is so, why the agitation?

A section of hill elite always said this. This constitution even rejected the rights provided by Interim constitution to Madheshis, Tharus and other ethinic minorities.

When do you open the blockade in the border?

Prime minister K.P.ShramaOli has been repeatedly appealing for negotiations and talks. What is your response?

Prime Minister Oli is not sincere in his call for talks. He is ordering to kill innocent people and instigating against communal harmony. PM Oli is justifying the killing of people by harping on anti-Madheshi and anti-Indian slogans. There is a genocide against Madheshis. When Prime Minister Oli is instigating people to kill Madheshis, how can we believe in his sincerity? His statement is bogus. As communists killed half of the population in Cambodia, prime ministerOli, who is also a communist, is repeating similar atrocities in Nepal against Madheshis.

Political leaders of three major parties have been saying that Madheshis are launching the agitation with a tacit understanding with India. What do you say?

They have been saying this to discredit our agitation. Our agitation is purely ours and there is a massive support of Madheshi people. Since we are blocking the border, there is no sense to blame India for this. Just harping on anti-Indian statements does not make a person nationalist. It is unfortunate that a section of hill people, particularly the communists, have been harping on anti-Indian slogans to be nationalists. This is completely wrong.

How do you look at the present policy of the state?

I told you that they are killing Madheshis. The communists have already shown that they can kill people to justify their stands.

There are also rumors that the government is announcing a state of emergency to mobilize the army. How do you look at this?

I also received the same report. However, this is not the solution. So far as mobilization of army is concerned, Nepalese army cannot kill Nepali Madheshis. They know that Madheshis are fighting for a cause and Madheshis are patriotic Nepalis.

The government is proposing for a referendum on boundaries. How do you look at this?

That is unacceptable for us. This is a ploy to divide the nation and defuse the agitation. If they are really sincere, let’s go for a referendum on all issues, Republic, Federalism and Religion.

Nepal's Stand Is For Truth To Prevail, Come What May: DPM Pokhrel By NEW SPOTLIGHT ONLINE 1 month, 3 weeks ago

Nepal Is Ready To Face With India, Ultimately Truth Shall Prevail: DPM Pokharel By NEW SPOTLIGHT ONLINE 2 months, 1 week ago

How Can An Employer Pay Full Salary To Employees Without Income? Senior Advocate Dr. Gandhi Pandit By NEW SPOTLIGHT ONLINE 2 months, 2 weeks ago

With Focus On Children, WVIN Has Done Well: Ginting By A Correspondent 4 months, 2 weeks ago

Innovation, Entrepreneurship Can Transform Nepal: George By A Correspondent 4 months, 3 weeks ago

Regulatory Application Will Improve Fiscal Discipline: Mainali By A Correspondent 4 months, 3 weeks ago