Terror in the Backyard

The recent shooting spree in the West, including the deadly attack in Parisand the increasing radicalization of young Western Muslims point towards one thing – that global terror has indeed entered into a new phase in the form of ‘home-grownterrorism 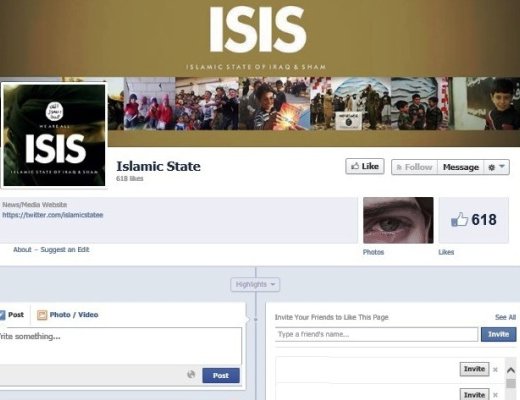 Responding to the recent shooting in Californiawhich saw at least 14 people dead, US President Barack Obama acknowledged that global terror threat had entered a ‘new phase.’

He was right. The recent shooting spree in the West, including the deadly attack in Parisand the increasing radicalization of young Western Muslims point towards one thing – that global terror has indeed entered into a new phase in the form of ‘home-grownterrorism’. What was common about the shootings in Paris and California was that the perpetrators in both the events held radical Islamic views and owed allegiance or influence to the extremist group, ISIS. More worryingly, the attackers were born and brought up in Western culture with an ordinary upbringing.

Figures show that death toll from Islamic terrorism on American soil since 9/11 stands at 45, which is about the same as the number of casualties caused by attacks from white supremacists. But there is no doubt in the fact that it is the attacks from the radicalized Western born and brought up Muslims that is posing a more serious threat to the US and the entire West’s security system.

One of the primary reasons for the surge in these terrorist activities, especially lone wolf attacks, is the rise of ISIS.TheISIS has been highly successful in recruiting Western fighters into their brigade particularly targeting alienated Muslim youths. According to reports, there are now more than4,000Western recruits fighting for the terrorist group. But apart from actively recruiting, it has also been successful in pushing through its propaganda to those who have not joined the group on the ground. According to a study published by Britain based think tank Henry Jackson Society, out of the32 ISISinspired terror plots either carried out or thwarted by security forces in 10 different countries from June 2014 to September this year, only one involved direct orders from an ISIS member. The remaining were said to be influenced by the group’s online propaganda materials. The attack in California which was carried out by a Muslim husband wife duo is an example.

The social media has become the most powerful propaganda tool for the extremist group. This tactic was unprecedented as earlier, terrorist groups like Al Qaeda relied mostly on its trained fighters to carry out attacks. Thanks to the internet, ISIS has been able to easily reach out to tech savvy younger generation Muslims, radicalizing them and encouraging them to take up arms.Earlier this year, an investigation into the high profile case of three British Muslim teenage girls, who were born and brought up in London, joining ISIS unravelled that they had been indoctrinated by the group’s online materials.

The challenge for security agencies is to track down accounts propagating extremist ideas. An attempt to monitor messages orsocial media accounts almost immediately ignites the privacy versus security debate giving the agencies very few options. On the other hand, despite pledges by social media houses to step up security measures against any radical materials on its platform,  it has been not been an easy task asusers alwayshave an easy option of accessing multiple accounts.

The reason as to why ISIS has been successful in infiltrating its ideas among modern day Muslims can be attributedto what experts call, the rise of ‘Islamophobia’. The mounting anti - Muslim sentiment, in the wake of numerous lone wolf attacks, has alienated many Muslim youths who tend to get radicalized easily.This coupled with the West’s active participation in the Syrian war has further aggravated many Muslims. Again, the challenge for security agencies is to track down these individuals. Although a few suspects are put under the radar, many of the self radicalized individuals often act on their own, undetected before carrying out an attack. Providing security to all soft targets is by no means, a solution.

What then? The Western governments have very few options. The military option, as is being currently explored, might be the best possible solution but will definitely not be able to wipe out the group’s ideology completely. As President Obama suggested,one option can be using moderate Muslim leaders to reach out the large Muslim population in the West. This can help bridge the widening gap, facilitate in cross cultural understanding and help in removing the hostility against Islam shown by many.

Whatever the solution, one thing is for sure. Given its swift rise, the West has a herculean task of curbing terror in its own backyard.

Over 10 Reportedly Killed In Myanmar Protests By NEW SPOTLIGHT ONLINE 4 days, 2 hours ago