Farmers of Tingla in Solukhumbu district have shown that the Community Managed and Irrigated Agriculture Support Project (CMIASP) can transform the livelihood of people in poor and remote parts of rural Nepal. Since its completion two years ago, the 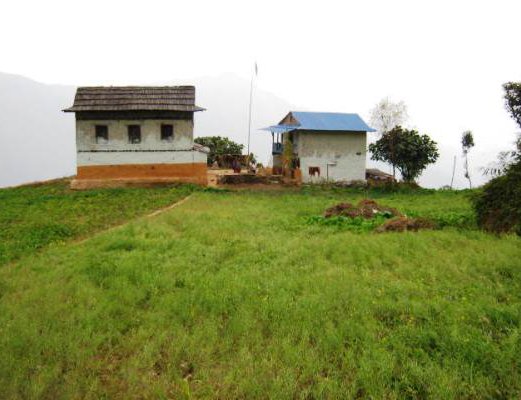 “Villagers upstream and downstream of Ghatte Thotne Khola used to quarrel over the use of water during the paddy plantation season. All farmers would need water, but those in the lower area used to get less. Only the muscle power decided who would get what volume of water and when,” said Santa Bir Rai, chairperson of Ghatte Thotne Khola Users Group. “After the improvement and expansion of canals and intakes, water conflicts have come to an end. Thanks to surplus water, we are now providing water to a few more households downstream.”

Tingla Village, 250 kilometers east of capital Kathmandu, did have the old irrigation system to irrigate its land. However, the old canals leaked and covered only a small portion of land near the main water sources. With irregular and inadequate water for irrigation, local farmers followed a traditional crop system which produced low amount of food grains.

Canals improvement has changed the scenario. With the loan of Asian Development Bank, OPEC Fund for International Development and support of Nepal government and local users group, the improved irrigation canals, under CMIASP, now showcase how agriculture can support poverty alleviation in rural Nepal.

At a time when donor funded and government constructed larger irrigation projects have been facing many hurdles to sustain, Thotne Khola has shown a way to go in sustaining such projects for the long term through the mobilization of the community and local resources.

In six wards of Tingla Village Development Committee, the irrigation system is covering 75 hectares of land, benefiting 74 households and 442 people. The length of the main canal is 4.38 kilometers and the length of the branch canal is 1.61 kilometers.

The project had been there for quite a long time. However, the command area was very limited and it was partially operated. Now, the improvement work has helped it irrigate the land round the year. A significant number of beneficiaries are small and marginal farmers.

Participatory planning was followed in design and construction of infrastructure, such as diversification structures, cross drainage works and improved and extended canal systems and flood protection facilities. All sub-project infrastructure design was done in close consultations with WUAs.

The project also empowers WUA to manage the rehabilitation of the infrastructure, operate and maintain their systems without government support and distribute the water equitably and adequately throughout the command area.

As the project provided agriculture extensive services, the farmers are getting a lot of benefits. Instead of using the old seeds, the farmers have started new ones.

The concept behind the CMIASP is to support for rehabilitation and improvement of small and medium level irrigation systems and hand over the canals to community making them fully responsible for future operation and maintenance. However, Ghatte Thotne Khola’s local communities still want support for further expansion and maintenance of their work. As the command areas have increased, farmers are yet to evolve the system.

Instead of irrigating through plot to plot flooding irrigation, the farmers are now using the water by constructing the field channels.

The project supported to improve head-works, intake structures, canal lining, cross drainage works, construction of under sluices, and outlets to improve the water allocations and distribution.

“We are expecting some more funding to improve some infrastructure and making our group efficient,” said Rai. “As majority of farmers living in the catchment area are poor and marginalized, they cannot generate the revenue for big infrastructure.”

Although the user groups are now charging a nominal amount of money as revenue for the irrigation, it is going to be too small for any major maintenance in case of a damage.

“As the farmers have just started to grow vegetables and other products with commercial purposes, it takes a little time for us to generate all the resources to maintain it,” said Rai.

“With the expansion of command area and modernization of irrigation canal, resources will be required for maintenance and managerial skills. With the experience of working with the communities, what I can say is that user groups manage them well,” said Kashichhuwa.

Addressing the user group of Ghatte Thotne Irrigation at Tingla, Solu, Asian Development Bank’s Country Director Kenichi Yokoyama said the farmers need to generate the resources to take the necessary maintenance and expansion works. “We used to have this kind of farmers managed irrigation system in Japan in the past. With the support from government, these systems improved and now farmers are maintaining and managing them. I want to see this system effectively functional when I come back to see it here in next fifteen years,” said Yokoyama addressing the people.

Although the command area is small, the Ghatte Khola Community Managed Irrigated Agriculture Sector Project has brought a drastic change in the livelihood of the small and marginal farmers. Local people are using the water carried through the irrigation canal for multiple purposes.

At a time when the rural population is yet to get electricity generated from the large hydropower projects, far from reaching it to remote areas of Nepal like Tingla, farmers here are already using Peltric systems to generate electricity in the village.

Although the economic costs and benefits are yet to be ascertained, the people living in the Tingla have shown that it is viable and can be sustained for the long term. With a monthly tariff of Rs. 200.00, the people in Tingla are using electricity to light their homes and television screens.

There are eight Peltric sets generating almost 25 kilowatts of electricity to the villagers.

“We don’t need kerosene for lights. People are using electricity to watch Television,” said Moti Sobha Rai, Treasurer of the User Group. With the members of 475, the water is for multiple uses.”

A Peltric set can be used to generate electricity for lighting households (1kW of electric power can light 10 -12 rural households), charging batteries (electricity can be stored in the battery in the daytime), operating radios, televisions, and VCRs, extracting cream from milk and milk processing, heating water, and cooking in low-watt cookers. The farmers are also running water grinding mills, grinding maize, wheat, millet etc.

One of the main objectives of CMISAP is to promote gender quality. Along with other such aspects, the project has Gender Action Plan to ensure greater representation of women. It is required that 33 percent of members of WUA be women.

Maiti Sobha Rai, 30, has seen a drastic change in the livelihood of the people in Tingal Village following the completion of the irrigation project under Community Managed Irrigated Agriculture Sector Project (CMIASP-III – Additional Financing). The work load of women has drastically gone down and they have got more roles in decision making.

"With the compulsory provisions of the User Group, our women members are active in the user group,” said Rai. "We hold meetings regularly and discuss issues for the improvement and expansion of canal as well as to introduce the new variety of agriculture products. The land which used to grow 70 KG of rice is now producing 280 KGs. We are self sufficient in rice, millet, wheat, barley, vegetables and potato.”

With the increase in production, the number of local people leaving for jobs abroad has declined. Fifty-five years Lalitkumar Karki holds the view that there are more jobs now in the farming. “Our village is already connected with Okhaldhunga Salleri road. We can easily send our products to any market of Nepal,” said Karki. “As I have electricity in the room, drinking water, irrigated land and all-weather road, I don’t think it is necessary everyone should live in the city.”

With the priority given to social inclusion, the project has also encouraged the users group to be more inclusive. There are more social safeguards in the project as the user group is composed of all the communities of the command areas.

Maintained, developed and managed by farmers, Ghatte Thotne Irrigation support program is gradually changing the subsistence based agriculture system, supporting to increase the income of small and marginal farmers.

As the project was completed with the monitoring and supervision of the farmers and user groups, there is a strong sense among them of ownership in the project.

It appears that improved agricultural technologies, availability of inputs, and the provisions for supplementary irrigation, can change the crop pattern. Dependable irrigation also provides farmers incentives to diversify from low value crops to high value crops like vegetables and fruits and increases income and nutrition at the same time.

“After the completion of irrigation project, the crop intensity has increased. Instead of one crop a year, farmers are now growing three crops including cereal and vegetables. With the support from District Agriculture Office of Solukhumbu, the farmers are producing marketable products like vegetables and potatoes,” said Hasta Bahadur Bist, Agriculture Development Officer District Agriculture Office. “Farmers are selling potatoes, lintel and vegetables as the areas connected with the middle high way through Okhaldhunga Salleri Road.”

As most of the poor people are living in the rural areas, poverty alleviation is impossible without the improvement in the agriculture sector, which needs irrigation as the most important factor.

Realizing the need, Ministry of Irrigation has introduced irrigation projects which are managed by the small farmers.

In the absence of irrigation, the production is determined by the weather. If there is adequate rain, farmers do get a high crop yield. In case of low rain, it affects the level of production. Along with use of high value seeds and chemical fertilizers, the water provided by the irrigation canal almost triples the productivity.  Thus, Nepal’s Agriculture Development Strategy also stresses the need to increase the irrigation facilities in the rural parts of Nepal.

According to the Department of Irrigation, more than 115 Irrigation subprojects have been completed. As farmers took part in the entire process of planning and construction using the local simple materials, it helps to maintain the irrigation canal.

Ghatte Thotne Khola ISP of Tingla has shown that irrigation is the key to transforming the rural society. With increase in farm production, the quality of rural life also begins to see transformations. With road connection and construction of irrigation, the livelihood can actually change for the better. 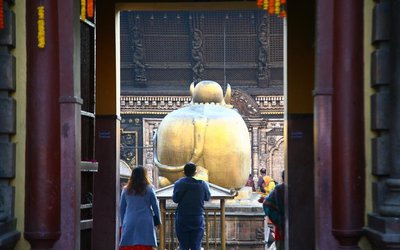 Pashupatinath Closed For Public From Today By Agencies 12 hours, 31 minutes ago

Ram, Sita, Laxman And Hanuman’s Statue To Be Installed In Ayodhyadham By Agencies 5 days, 11 hours ago