As human mobility has increased, the issue related to immigration and border control has complicated further. Despite many changes globally in immigration sector, Nepal is yet to make reforms to meet the global change. KEDAR NEUPANE, Director General 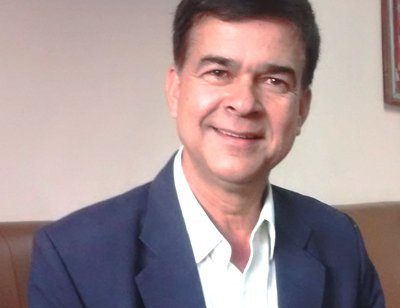 How much time does it take to renew visa at the department and receive on arrival visa at different places?

It does not take much time. Our officers issue visa within an hour of receiving the application at the airport desk and other offices provided the applicants produce all the necessary documents. One does not have to wait even an hour for getting a trekking permit or extending tourist visa and other immigration related work.

How do you see the current state of immigration?

What is your experience of working as the Director General of Department of Immigration?

All the countries around the world see immigration as a sensitive national security issue of central concern. Other countries see embarkation of any foreigner with special interest, priority and sensitivity. However, Nepal’s immigration offices have a tradition to see disembarkation with special interest and sensible manner. Even Bhutanese government has computerized the immigration data base as a priority. Nepal also needs to move forward through integrated database system or information cloud integrating all immigration related works.

At a time when a large number of people are moving from civil war turned Middle East countries like Yemen and Syria to different parts of the country as refugees, what steps are you taking to prevent arrival of such people?

We have already removed those countries from our open list and informed all international airlines about our status. Even if they come, we will deport them as Nepal is not in a position to host the refugees anymore.

How do you see the present system?

Various committees formed by the government have recommended that there is the need to make the immigration office meet the international standards. We have been undertaking some reform works. One of the major problems is failing to upgrade Passport Readable Machine as per the International Civil Aviation Organization GD Standard and ICAO direction. We have already taken a number of steps to improve our technology. However, our work is yet to be satisfactory.

It is said that Nepal’s current immigration policies have created a lot of hurdles for genuine persons including foreign investors, scholars and students to get the visa? How do you look at this?

This is the reason we have been talking about the need to reform the present legal system. We are not creating any hurdles for foreigners. If they come with documents required by the law, we issue the visa. What is required now is coordination and reform.

What steps has the department been taking in this regard?

We are now working to simplify our laws, regulations and working procedures. A committee has already been set up in the department to recommend amendment of laws and regulations. The work is going on to make timely updates of the current immi-software. With the support from U.S. Embassy, the preliminary study on Personal Identification Secure Comparison Evaluation System (PICES) is currently going on.

What reforms has the department been making?

We have been making several efforts to strengthen institutional capacity and capability of individual officials. We have been conducting training for immigration officers inviting immigration officers from Germany, Australia, England and the United States of America. With the invitation of Chinese government, we have sent a group of immigration officers for exposure visit in People's Republic of China. The department has also been holding meetings with ICAO, Various Airlines, Custom Offices and Department of Foreign Employment to make immigration service effective and efficient.

How do you see the challenges?

Situated between geographies of two powerful nations, Nepal has a delicate balance to strike. Challenges before the immigration office are to remain aware of the country's one China-policy, human trafficking, and labor supply issues. Besides, there is also a lack of resources, the need for expansion of infrastructure, strengthening information system, technical capability, development of immigration expertise and cooperation from concerned ministries.

It is said that Nepal’s Immigration Laws and Regulations do not match with the Foreign Direct Investment priority and current global trends. What do you say?

How do you see the training helps?

Along with high morale and integrity of employers, there is the need to have a regular exposure visit for immigration officers. There is also the need to put a reward and punishment system and culture of acknowledgement in place.  Looking at the contemporary trends and practices, the department needs to introduce new technology. There is the need to make immigration administration effective through e-governance.

How many institutions issue Nepalese visa?

Along with Department of Immigration and Department of Consular Office in Kathmandu, there are immigration offices in 10 different places of Nepal. There are ten immigration offices like in Tribhuwan International Airport Kathmandu, Pokhara, Bhairahawa, Parsa, Kakarbhitta in Jhapa, Nepalgunj, and Mohana in Dhangadhi and Mahendranagar in Indian border entry points and Rashuwagadhi and Kodari in Chinese border.

As Nepal and India have an open border, how do you regulate Nepali and Indian citizens?

We just keep records of Nepalese and Indian citizens who want to visit each other’s countries through Tribhuwan International Airport. However, since Nepal and India have open borders, with free movement of people, Nepalese and Indian citizens do not need to go through immigration process in the border. As the border with China is regulated, mobility of citizens of both the countries has to fulfill immigration process. However, Nepal and Chinese citizens living in certain kilometers of border areas cross the border with special documents issued by District Administration Offices and local Chinese authorities within authorized markets of both the countries.

What about the situation outside Nepal?

What is the state of manpower?

There are altogether 293 people within the department, including two joint secretaries, 10 under secretaries, 147 section officers and remaining are non-gazette officers.

How do you see the mobility?

How many visa did the department issue?

How is the process of issuing visa?

We issue visa with validity for five months. We issue only a single entry visa. As a country based on tourism, citizens of many countries can get the visa on arrival. We don’t issue multiple visa for all.

Many foreign countries like United States and European countries issue multiple visa for Nepalese citizens workable at least for five years permitting to stay up to six months.  Don’t you think there is the need to reciprocate to the citizens of those countries?

Every country has its own practice of regulating the border. As Nepal issues on-arrival visa for many countries around the world, Nepalese citizens are not getting such facilities except in a few countries. Issuing visa is determined by the countries own security situation. As Nepal’s Immigration Laws and Regulations are quite old, there is the need of certain amendments. There is also need to provide multiple visa with increased duration for citizens of certain countries.

At a time when most of the countries around the world have already started to issue machine readable visa, Nepal is still using the hand written or stamped visa. As per International Civil Aviation Organization guidelines, Nepal also needs to go for machine readable visa. For this, we need to introduce the technology and coordination among Nepalese diplomatic missions and honorary consulars who are authorized to issue the Nepalese visa.

What changes do you have made?

We have already started to issue online visa and most of our work is now computerized. The time has come to initiate the work to issue machine readable visa. As the matter related to immigration is a highly security sensitive issue and an affair related with internal security, we need to be very cautious.  Since the modernization of immigration will require huge money and technical expertise, Nepal alone cannot do it. However, what is required is funding.  Nepal can approach multilateral banks like Asian Development Bank and the World Bank for financial and technical support to modernize Nepal’s immigration system.

How complicated is Nepal’s immigration system?

Our immigration system is very liberal. As a tourist destination, our approach towards the tourists is very liberal. Given the changed global climate, including refugees, terrorism and human trafficking, Nepal is in a very difficult situation. We cannot run immigration like we did two decades ago.

What reform is required for the future?

First of all there is the need to extend the online visa system. The system needs to cover Embassy, Consulate General and Honorary Consular offices; upgrading physical infrastructure of departments and other offices and performance based online services. Along with these there is also the need to have hardware and upgrading software, specialization of service and placement of department’s employees in diplomatic missions.

The Fourteenth General Convention: An Aspiration Of NC’s Reawakening By Arjun Narasingha KC 1 month ago

Nepal's Stand Is For Truth To Prevail, Come What May: DPM Pokhrel By NEW SPOTLIGHT ONLINE 4 months, 3 weeks ago

Nepal Is Ready To Face With India, Ultimately Truth Shall Prevail: DPM Pokharel By NEW SPOTLIGHT ONLINE 5 months, 1 week ago

How Can An Employer Pay Full Salary To Employees Without Income? Senior Advocate Dr. Gandhi Pandit By NEW SPOTLIGHT ONLINE 5 months, 2 weeks ago

With Focus On Children, WVIN Has Done Well: Ginting By A Correspondent 7 months, 2 weeks ago