Prime Minister K.P. Sharma Oli is leaving for China on a 5-day visit with his own shopping list 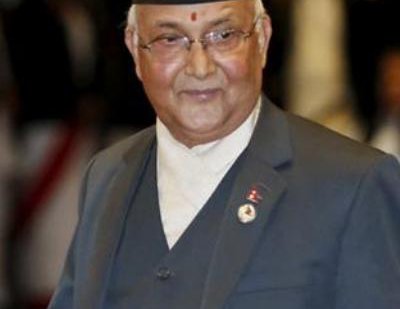 For the last six decades, China has continued to follow the one policy towards Nepal and that is to support the factors of stability, prosperity and development. China has been providing aid to Nepal to make it self-reliant.

China has been supporting all the governments and political changes in Nepal without any ifs and buts. Although Chinese have a communist system and are diehard followers of republican revolution, they supported the monarchy for long. When Nepal turned into a republican nation and promulgated the new constitution to institutionalize the federal, secular and republican constitution, China welcomed it without any reservation.

As Prime Minister K.P. Sharma Oli is embarking on his visit to China on March 20, China has shown that it will treat him as it has done to all the heads of the states and governments who paid official visits to China.

Chinese mandarins, strategists and scholars hold the view that stability in Nepal is the best guarantor of their border security. “Stable and prosperous Nepal can guarantee Chinese security interest in Nepal,” said Chinese scholar Wang Hongwei.

In the last six decades, China provided support to establish industries which can make Nepal self reliant. From shoes to bricks, from hydropower to paper, and from cotton to sugar, Chinese supported industries are related to basic needs.

Although Nepalese governments sold all Chinese built industries in the name of privatization, Chinese have not lost their interest to support Nepal.

Recently, Chinese private sectors are coming with money to invest in hydropower sector and cement and Chinese government is providing soft loan to construct the roads which will ultimately integrate Nepal. However, the response of government is chilly. Former fianance minister Dr. Ram Sharan Mahat suggested to Prime Minister Oli that Nepal needs to take cautious approach in seeking Chinese support.

“The PM should raise the issue of bringing investment into Nepal from China and granting duty-free facility on import and export,” said Prakash Sharan Mahat.

Leader Mahat, also a former Energy Minister and Minister for Foreign Affairs, said that the PM should assure China that there is political stability in Nepal in the aftermath of the constitution promulgation to reap much benefits from China.

Relations with neighboring countries will help protect national interests, said UCPN (Maoist) secretary Barsha Man Pun, adding that the PM should keep in mind the national interests in striking agreement with China during his visit.

“PM’s visit would be fruitful if efforts were made to attract Chinese investment for economic development of Nepal, get financial aid for post-quake reconstructions and receive goodwill from neighbors,” said Maoist leader Barsha Man Pun.

CPN-UML leader and foreign affairs expert Dr Rajan Bhattarai said that an agreement should be reached with China to import petroleum products and the issue of transit rights of landlocked Nepal should be taken up.

“Issues such as hydro power, opening of market avenues, diversifying trade into Nepal to decrease trade dependence on India, expansion of Ring Road, construction of North-South Highway, fuel storage, modernization of agriculture and development of tourism should also be raised,” said Bhattarai.

Oli will embark on his visit to China on March 20 where he will be holding bilateral talks with his Chinese counterpart Li Keqiang.

At a time when Nepalese politicians are making efforts to use China as counterbalance to India, Chinese leadership has already cautiously supported Nepal’s independence, not explicitly showing their presence.

Chinese great leader Mao’s statement delivered in 1960 to Nepalese delegation seems to be valid even in the present context. “When it came to external relations, Chairman Mao told the Nepalese guests: 'You should also properly handle the relations with your southern neighbor.'” This was a very meaningful sentence showing Chairman Mao was very sympathetic to understand Nepal as a small landlocked country located between India and China and was somewhat under the control of India in terms of economy, foreign trade and other aspects. "This indication of his broad mind greatly touched these Nepalese guests,” writes former Chinese ambassador to Nepal Zeng Xuyong in a recently published book YOU and US recently published by Current Publication.

Although Nepalese make statement on sentiments to establish relations, Chinese are very realistic. PM Oli’s upcoming visit needs to be seen in this historical perspective.

Nepalese Students Falls Under Proposed US Rule To Limit Student Visas To Two Years By Agencies 1 day, 6 hours ago

It Is Unthinkable To Talk About Degrading The Value Of Multilateralism: PM Oli By NEW SPOTLIGHT ONLINE 1 day, 13 hours ago

MELAMCHI Deadline 2021 By A Correspondent 2 days, 11 hours ago