It is necessary to implement Sun-Kosi and Kosi storage dam projects to save the life and property of millions living in Sunsari and Morang districts of our country and also north-east Bihar.This calls for great sacrifice of the people living in 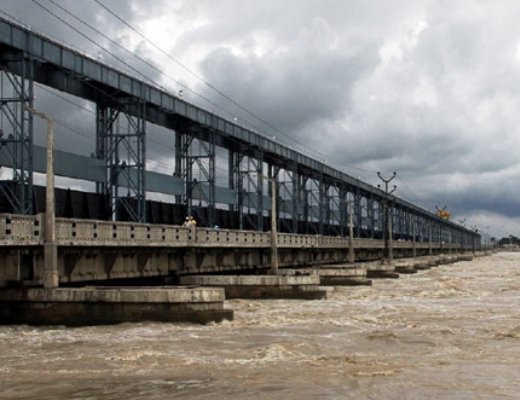 We are turning a blind eye to the facts that most of our major water resources projects are suited for multipurpose development.  Thanks to it they are  attractive. The generation cost of electricity from such projects would be comparatively  low. It is not difficult to observe  that  apart from energy generation,  the rational utilization of Nepal’s  water resources potential could also be helpful  to a certain extent in resolving simultaneously  the present time Terai political controversy.

Unfortunately  our  policy makers, planners and  intelligentsia are seen tobe completely unaware about  the  critically important role water resources could play in overcoming the great difficulties  faced by our country.Moreover, instead of rationally utilizing ourprecious water resources, wherever possibleby tapping its full potential to provide simultaneously energy, irrigation, flood control, navigation etc benefits, which would have been clearly in  the interest of our country, very recently our country is virtually embarked on a path to ruin it. The examples are launching of the Dudh-Kosi and Lower Arun projects by substantially reducing the potential of Kosi and Sun-Kosi  projects. Similarly  the implementation of  the 900 MW Upper Karnali  project killing perhaps the world’s  one of the most attractive 4800 MW Upper Karnali  storage project.

Our Terai is primarily a agricultural region of our country. According to innumerable studies, the future economic sustainability of our Terai is very much dependent on mid hill regions for replenishment  of  water supply from the existing water sources, which are already gradually drying up.

On top of the above explained  dependency,  the 2008 Kosi flood disaster has amply demonstrated  that  in future  the Kosi   region would be faced with far greater flood disasters, as forecasted by renowned experts.    Even thephysical existence of some region of our Terai and also north-east Bihar might  be depending  on comprehensiveflood control planning of water resource in hill region sacrificing significant electricity generation potential.

The water resources of Terai is being depleted due to  the main following reasons:

(1)There was a rampant deforestation in the past across the entire  Terai region and its adjoining Churia area.  This has led to gradual drying up of the local rivulets and streams that were traditionally the source  of local irrigation. Contrary to it, area under cultivation has greatly increased due to deforestation, which has led to increase in  demand for water needed to irrigate new lands.

(2)There is a rapid growth of  population in   the upper catchment areas of  small and medium sized rivers directly flowing  into Terai from the hill areas. The flow of these  rivers is being increasingly used in the hill region itself during the dry season since a long time with the result that the dry season flow of such rivers in Terai is constantly decreasing.

Since 1960s several detailed studies have been conducted to recommend ways to resolve water supply to irrigate on a large scale Terai lands. These studies were conducted  by UNDP/FAO for area between  Parsa and Saptari (by diverting Sun-Kosi river);  West German Govt. and ADB for Jhapa;   Rupandahi and Nawal Parasi by UNDP (by diverting  Kali Gandaki river);  Kapilvastu and Banke by West German agency  (by diverting West Rapti river);  Bardia, Kailali by ADB, JICA and World Bank (by diverting Bheri river along with irrigation drawing directly from the Karnali storage dam project).  With the exception of irrigation in Jhapa and irrigation drawing water directly from the Karnali storage dam project, all other proposed schemes involve diversion of water from the mid hill by long tunneling across high mountains.

All rivers flowing   from  hills are liable to flooding in Terai resulting in some cases great losses. Kosi flood losses of all such cases acquire international significance because of the enormity  of past and  even greater  future  losses of life and property.

Sunsari and Morang Permanently under Water

Well  recognized  expert on Kosi Sir Claude Inglis and many other similar renowned experts have  predicted that during the extremely high flood the Kosi would break away from its present course right away near Chatra breaching the eastern embankment. The Kosi would permanently change its course. A vast area of  Sunsari and Morang would become  new Kosi river bed, which could be initially ten to twenty kilometers wide.

It is known from the experience of China that apart from permanent change of river course, the loss of life and property would be catastrophic if  the river flowing on highly elevated  bed  spills across the embankment at the time of extremely high flood discharge.  It is reported that the loss of life of people alone each time exceeded one million when the  embankments of Yellow river, which has almost the same maximum discharge as the Kosi,  were breached  during very high floods of  18 87 and  1931.

It is  necessary to implement  Sun-Kosi  and Kosi storage dam projects  to save the life and property of millions living in Sunsari and Morang districts of our country and also north-east  Bihar.This calls for great sacrifice of the people living in hill areas of our country.

Nepal’s water resources development planning inclusive of tunneling to divert water to irrigate land in Terai will be more costly and at the same time the power generation potential  will also be reduced by comparison to alternative variant earmarked exclusively for power generation. Provision of large storage dam necessary for flood control in Terai will have devastating economic as well as environmental consequences for the people of mid hill. Just in  one single Karnali Chisapani storage project case,  the land area under submergence will exceed 40,000 hectares.

Inappropriate delineation of our country’s provincial boundaries could hamper water resources development.   In our Indian Sub-continent conflict among the states of country have greatly hampered development of water resources.  India was easily able to resolve international water disputes over Indus and Ganges with Pakistan and Bangladesh respectively but conflicts among its states still remain fully unresolved. The well known cases of such conflict among Indian states  are related to Godavari, Cauvery, Krishna and Narmada rivers.

Unfortunately our  recent governments have failed to explain general public  that  it would  be the greatest injustice to the people of Terai if the mid hill is detached from the Terai region in future restructuring of the provincial boundaries, which  would prompt to advancing water resources development  projects to maximize benefits accruing exclusively to mid hill region totally disregarding the interest of the Terai.

It’s A Topsy-turvy World By Hemang Dixit 5 hours, 36 minutes ago

Fed Up With Federalism By Deepak Raj Joshi 5 hours, 38 minutes ago