WorldLink Marks Day For100,000 Plus Customers 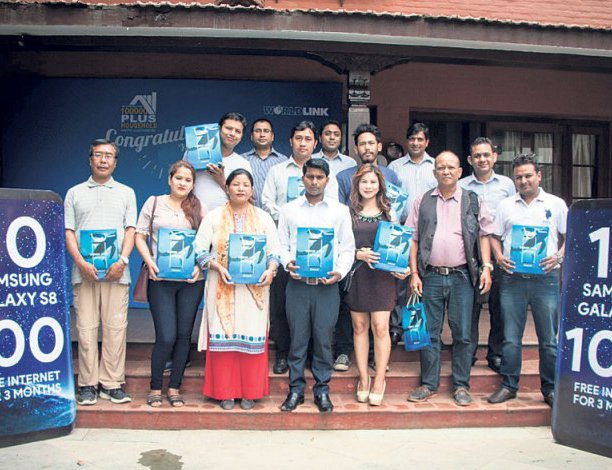 WorldLink, Nepal’s premier and oldest Internet Provider, is first Internet Provider Company to have 100,000 plus customers. As the number reaches, it has handed Samsung S8 mobile phone sets to 10 clients and free internet services for three months to a 100 whose names were picked through a lucky draw.

According to a press release issued by company, the internet service provider said the offer was in celebration of the expansion of its active customer base to more than 100,000 households.

“To mark this milestone, WorldLink organized a lucky draw to “show love and support to the happy customers”, reads the statement.  According to a statement The winners, whose names were announced on June 30, were given their prizes on Thursday, the statement added