The impression of NRNA in Nepal is fading except for a section of people. 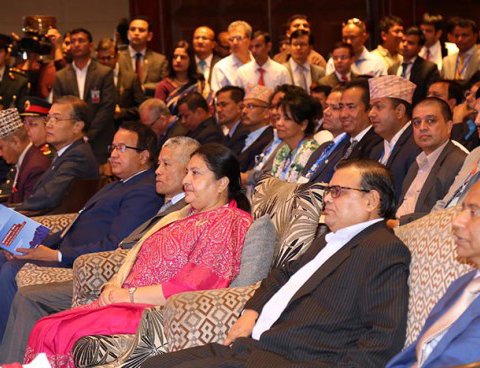 Diasporas have emerged as one of the agents of development in today's world. However, Nepal’s experience with the Non-Resident Nepalis is not as significant as that of other countries of the region, including India and China. Initiated by a few Nepalis, such as Dr. Upendra Mahato and Jeeva Lamichhane and their colleagues from former Soviet Union in early 2000, the Non-Resident Nepali Association (NRNA) was formally constituted in 2003. For that organization, fourteen years should have been long enough to show its presence in supporting and transforming the country. Some of its members have shown that they are really a hope for the country’s prosperity as they are defending Nepal’s interests. Investing in hydropower, Sanima Group, a venture promoted by NRNA, has been contributing to the energy sector of Nepal. Otherwise, the impression of NRNA in Nepal is fading except for a section of people.

No doubt the Diasporas provide an unassuming asset to the country, a unique advantage to improve image as it competes with more powerful states. However, if it is not handled properly it constitutes an added burden. Nepal has two kinds of Diaspora: one organized under NRNA, which has influence in the country’s power centers. However another unorganized group of people working in Gulf and Malaysia have a less influential presence.

Nepal’s Diaspora in the Gulf and Malaysia, of around two million people, is Nepal’s main source of remittance, which accounts for $5 billion. With a high influence at the policy level, NRNA members are taking all the advantages, including some legal privileges. As recently concluded NRNA convention chose a new team under the leadership of Bhaban Bhatta, the time has come for him to mobilize its members to invest in Nepal and help accelerate the country’s economic growth, thereby establishing its own significant. Otherwise, NRNA will gradually lose its importance and relevance in Nepal’s development.