Given the constitutional provisions, it is unlikely for the new government to take office before the third week of February 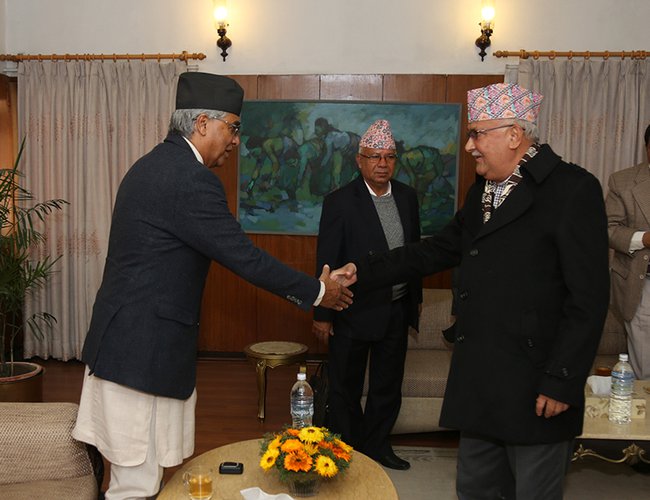 Although leaders of the left alliance have pressed the Election Commission to publish the list of Proportional Representation (PR) members and pave the way for formation of the new government, Chief Election Commissioner Ayodhee Prasad Yadav has rejected the demand outright, saying this was against the provision of the constitution.

"The constitution does not allow us to release the results before the National Assembly elections," said election chief Yadav. “Election Commission will hold the elections as soon as possible,” said CEC Yadav.

According to the CEC, once NA election is held, the EC would direct parties to submit lists of PR candidates ensuring at least 33 per cent women representation in the Parliament. “We’ll fix the number of seats for women parties have to include in their PR lists before asking them to send lists,” he said.

“According to the Constitution, Parliament should have 33 per cent women participation, after National Assembly Election, the required number of women would be determined, which will fulfill the criteria from the HoR PR category,” CEC Yadav explained.

As per the constitution, parliamentary seats under the proportional representation (PR) system will be allocated only after the election of the National Assembly. As the elections of National Assembly is yet to be hold, the EC has already completed the verification of the PR votes but has not yet publicized the official poll results and the parliamentary PR seats won by the parties.

According to the new constitution, the largest party enjoys the right to form the government following a presidential nod. However, the process of formation of provincial assemblies cannot be possible without the appointment of governors.

CPN-UML has already made it clear that only the new government can appoint the governors. “Prime Minister Sher Bahadur should resign paving the way for the formation of the new government,” said former chair of CA Subash Nembang, who is one of the key players to pass the constitution with so many ambiguities.

CEC Yadav, however, urged the government to appoint governors so that it will help form the provincial assemblies before electing National Assembly. The formation of National Assembly has also been delayed due to differences over who should administer the oath of office and secrecy.

At a time when further delay in the formation of the government is likely for a few more weeks, the left alliance is discussing a proposal floated by its second-rung leaders which states that the two constituents of the alliance — the CPN-UML and the CPN-Maoist Centre — will share the posts of president, House speaker, prime minister and chairperson of the unified party.

According to the proposal, if the UML takes the PM’s post, the post of party chair will go to CPN-MC. Posts of the president and the speaker will also be shared in a similar manner, according to CPN-MC leader Devendra Poudel, who is actively involved in talks on government formation and unification of the two parties.

With so many ambiguities and confusions in the new constitution, Nepal’s political process is likely to see more controversies and complexities arising in the days to come.