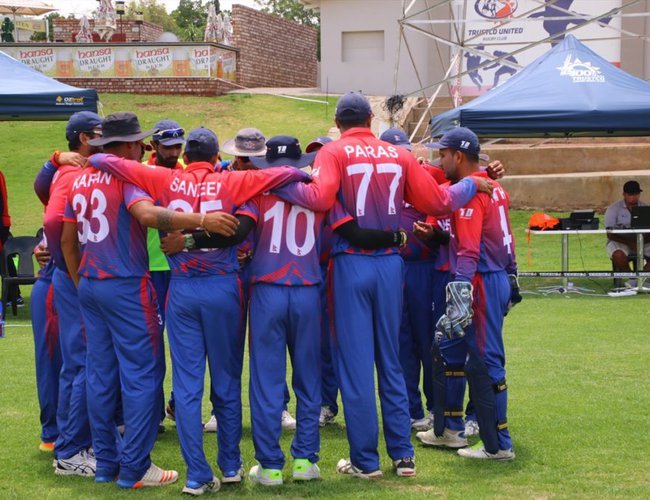 Although Nepal beat Kenya by three wickets during the ongoing ICC World Cricket League Division II played in Windhoek, it is yet to play a final match to qualify for 2019 World Cup Qualifier.

According to the media report, in the last over of the innings, Nepal still required six runs, with four wickets in hand to chase down 178 runs amassed by Kenya.

With the equation balanced poised, Nepal still needed two runs off last two deliveries to take the team home and inch closer of sealing a berth at the 2019 World Cup qualifier to be held next month in Zimbabwe.

The top two team from the ICC WCLD II will make it to the World Cup qualifier. Nepal will take on the table topper Canada in their last encounter of the campaign on February 14 at the same venue. Both the teams have six points but Canada sit on top with better run rate to Nepal.

Earlier, Nepal sealed one wicket thrilling triumph over the hosts Namibia, lost to Oman by six wickets before returning to winning ways with victories over UEA and Kenya.