With a decision to issue IPO, Rasuwagadi and Sanjen hydropower companies indicate work in progress 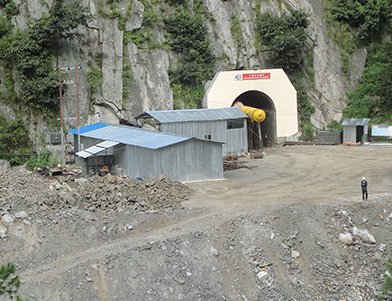 After a delay in the completion of several hydropower projects, hopes are running high that these projects will now come into operation. The recent decision of Rasuwagadi and Sanjen hydropower companies — both promoted by Nepal Electricity Authority (NEA) —to issue an initial public offering (IPO) to the public indicates positive power outlook.

At a time when demand of hydro power companies is growing in the share market, with the high reputation of Chilime, the public will most likely come to take IPOs of the companies, which are very close to the power center.

Those who are registered as EPF depositors till January 4 this year can apply for 13,342,095 units of IPO between February 23 and March 14. The face value of the IPO has been fixed at Rs 100 per unit. Similarly, a total of 2,394,735 shares have been allocated to the employees of NEA and Chilime Hydropower and 684,210 units have been allocated for the employees of the EPF. These IPOs will be open from 19 to the 27th of March.

EPF depositors and employees of the developers — NEA and Chilime — can apply for 50 to 500 units per applicant. But the units of shares applied for should be divisible by 10 and employees of EPF can apply for minimum 50 units to maximum 2,500 units of shares. The application will be collected through centralised ASBA (Applications Supported by Blocked Amount) system.

The project being constructed in Gosaikunda Rural Municipality of Rasuwa district is estimated to be completed at a total cost of Rs 13.68 billion. The project that was supposed to be completed in the beginning of 2020 has been delayed due to unforeseen circumstances like earthquakes and trade disruptions, among others, according to the developer. The project has achieved 60 percent physical progress so far.

Promoters of Chilime Hydropower Company own 39.36 percent, NEA 10.36 percent and DDC and VDCs of Rasuwa own 1.28 percent share of the authorised and issued capital of the company which are Rs 3.75 billion and Rs 3.65 billion respectively.

14.8-megawatt Upper Sanjen and 42.4-megawatt Sanjen are being developed by The Sanjen Jalaviduyt Company at a total cost of Rs 2.22 billion and Rs 5.02 billion respectively.

Despite the growing risk due to some private promoters, the interest of the commoners has increased in hydropower.