The World Bank has provided a Rs2.89 billion loan to upgrade the 32.2-km crucial route linking Prithvi Highway and the East-West Highway in central Nepal. 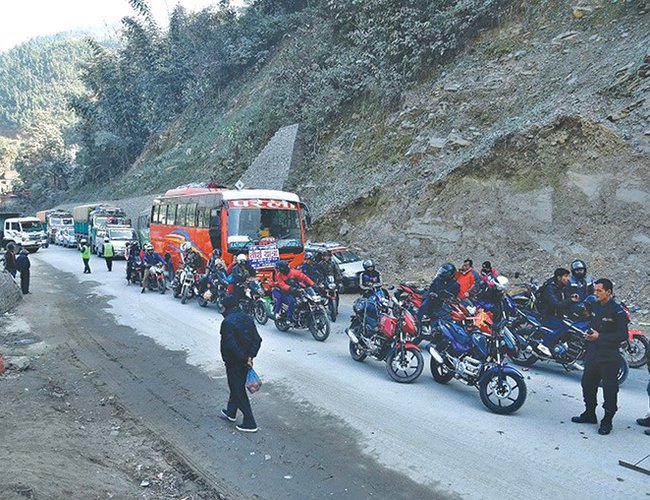 The Narayanghat-Muglin road widening project is expected to incur a cost overrun of Rs430 million due to extra expenses related to delays, removal of landslide debris and increased width of black topping.

“We are almost certain that the initial cost estimate will increase by Rs320 million. It could swell to Rs430 million by the time the project is completed,” said engineer Shiva Khanal.

The World Bank has provided a Rs2.89 billion loan to upgrade the 32.2-km crucial route linking Prithvi Highway and the East-West Highway in central Nepal.

According to The Kathmandu Post, although the project was slated to be completed in two years by mid-May 2017, more than 20 percent of the work remains unfinished. After the third deadline extension of mid-February also expired, efforts are ongoing to postpone the completion date to mid-June.

“Although 79 percent work progress has been achieved calculated on the basis of the initial cost estimate, it could actually be less if the increased cost is taken into account,” said Khanal.

The initial cost estimate was based on the assumption that only 2,000 cubic metres of soil and stones would have to be removed. But constant landslides at the construction site resulted in hundreds of thousands of cubic metres of extra soil having to be taken away. The road is being expanded to a double-lane road of Asian standard. The current width of the road is 5.5 metres. Construction of a 4-km wall on a stretch of the highway also added to the cost. Initially, it was agreed that only 9 metres of the road’s 11-metre width would be black topped.

“Our decision to black top the entire 11-metre width also added to the cost,” said Khanal. He added that about 60 percent of the budget would be spent on black topping. The road widening project actually begins from Aaptari, 2 km from Narayanghat. The 16 km section from Aaptari to Jugedi will be widened to 11 metres, and the section from Jugedi to Muglin wil be widened to 9 metres. “Black topping of various stretches of the road is moving ahead at a rapid pace. Based on cost, the work progress currently is about 1 percent per day,” said Khanal.

The Narayanghat-Muglin road is a major highway connecting Kathmandu with the Tarai region and is the busiest route in the country. More than 20,000 vehicles ply the highway daily, which is about 90 percent of Nepal’s total international trade traffic.

COVID-19 Economic Implications By A Correspondent 3 days, 16 hours ago 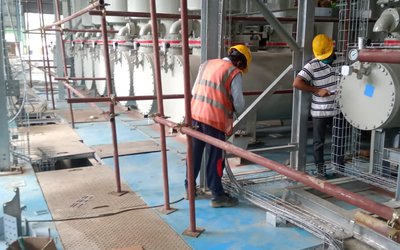 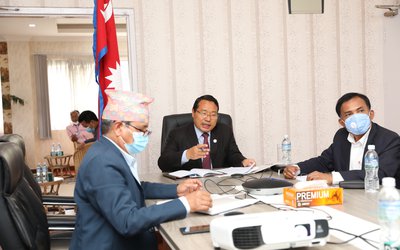 COVID-19 Crisis Could Push Up To 60 Million Into Extreme Poverty By NEW SPOTLIGHT ONLINE 5 days, 15 hours ago