Government employees’ refusal to report to their provincial offices has stalled all official work for weeks. 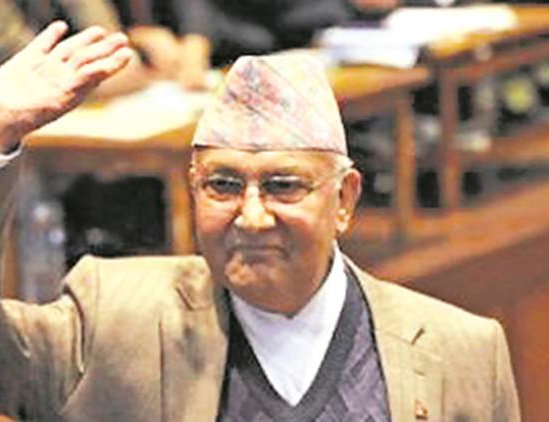 Prime Minister KP Sharma Oli will meet executive and administrative heads of the seven provinces on Wednesday to discuss and resolve the civil staff crisis.

Government employees’ refusal to report to their provincial offices has stalled all official work for weeks.

More than a month has passed since the Prime Minister’s Office directed all the ministries, in the third week of February, to issue deputation letters to all civil staff within 24-hours and ensure they report to their duty stations immediately.

Despite the directive, the civil staff did not report to their work stations.

According to The Kathmandu Post, Prime Minister Oli will seek solutions to resolve the staff crisis and bridge the differences over the three layers of governments over jurisdiction during the meeting with provincial administrative heads.

While managing staff remains a crucial problem, the lack of appropriate laws, dilemma over taxation stifles the performance of provincial governments.

They took the opportunity to meet with PM Oli and Minister Pandit as they were in Kathmandu to attend the presidential and vice-presidential elections.

Chief Ministers and principle secretaries from six other provinces have also arrived in Kathmandu for Wednesday meeting.

Earlier, the government had informed civil staff to opt for voluntary retirement if they did not wish to work in the provinces.

The Civil Servant Adjustment Act passed in October stipulates deploying staff for provincial government agencies within six months of the elections. Lack of regulations prevents promulgation of the Act.

A recent ministry study shows each rural municipality requires 59 civil staff, a minimum of 200 in a metropolitan city and around 3,000 in the provinces.

The Civil Servant Adjustment Act envisages completing staff management within six months. However, the government is yet to approve the regulation to start the deployment process.

Japan To Celebrate May 26 As “Hirotaka Takeuchi 14 of 8000m Mountains Summit Day By NEW SPOTLIGHT ONLINE 12 hours, 51 minutes ago