Many have argued that Xi’s supremacy will give him the authority he needs to vanquish rampant corruption. China still stands at 77th position in Transparency International’s Corruption Perceptions Index - close to countries like India and much behind some of Africa’s most corrupted countries 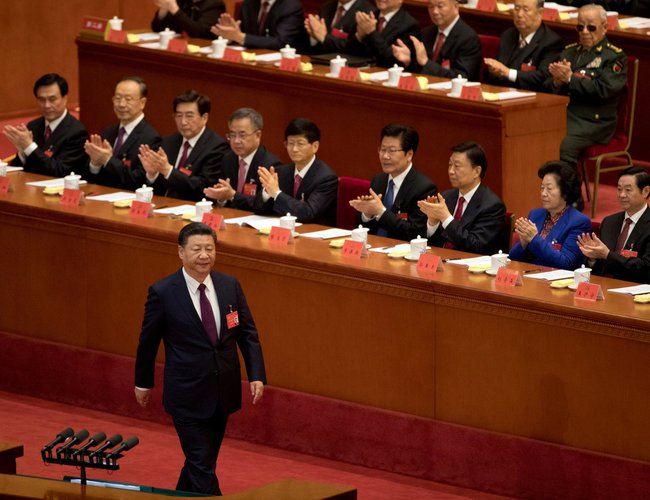 The parliament’s endorsement of Xi was not unexpected. Having ended his first term with an aggressive anti-corruption rhetoric, Xi’s second term was almost guaranteed. What came as a surprise was a decision that was announced one week prior to the endorsement - the surprise disclosure that the Communist Party was abolishing constitutional limits on presidential terms - allowing Xi to lead China indefinitely.

Xi’s political ambitions became clear last October at the Chinese Communist Party’s 19th National Congress when party officials revised their organization’s charter to enshrine a new guiding ideological principle referred to as the ‘Xi Jinping Thought’ - the only Chinese leader to have such honor after Mao Zedong and Deng Xiaoping. His ambitions became even clearer the following day when he appointed his loyalists to the all powerful Politburo Standing Committee cementing his grip on the party.

If news reports are to go by, very few had expected the Communist Party to make a proposal paving way for Xi to rule the second largest economy indefinitely. Now with the Congress having removed the term limit on the presidentship, the question is what this means for China and the world.

Many have argued that Xi’s supremacy will give him the authority he needs to vanquish rampant corruption. China still stands at 77th position in Transparency International’s Corruption Perceptions Index - close to countries like India and much behind some of Africa’s most corrupted countries. Crack-down on pervasive corruption has been one of Xi’s earliest and most important agendas. Although around 1.5 million party officials were punished in Xi’s first term, corruption is still strife. China is already planning to formalize the rules for its new anti-corruption agency, the National Supervisory Commission or NSC which is expected to run parallel to China's judiciary.

Xi’s firm grip over power could also be positive news for the Chinese economy which is grappling with a surge in debt that has begun to threaten growth. Although the economy grew at 6.9% in 2017, the fastest since 2015, mounting debt has turned out to be huge problem for the state coffers. Beijing is urgently looking to solve this economic woe. Xi’s appointment of Harvard-educated Liu He, one of his former economic advisors, to one of the top positions in charge of economic policies and financial issues suggests that the economy could be in for significant changes. Along with being a Xi loyalist, Liu is also known to be an advocate of economic reforms.

Xi’s cementing power will also mean strong repression of dissent voice. Some of that repression was on show in the immediate aftermath of the announcement (regarding the abolishing of two term president-ship), when a flurry of discussion and criticism on Chinese social media was swiftly censored and controlled. Having emerged as a leader who will not readily accept criticism, Xi is expected to quiet down voices of dissent, both within the party and amongst public throughout his rule.

But perhaps what is most significant for neighbouring countries like Nepal is China’s plans to set up an international development cooperation agency to ‘better coordinate its foreign aid program’. The decision is seen as a means to further the country’s diplomacy and most importantly support president Xi’s ambitious Belt and Road Initiative. Chinese aid has traditionally been handled and managed by different ministries, departments, and entities under the State Council but a dedicated agency handling aid was absent. The formation of such a body will allow Beijing to foray more frequently into other countries, particularly underdeveloped neighbouring countries like Nepal. Along with this, an aggressive strongman in Beijing will mean more muscle flexing by China in the Asian region which can subsequently lead to conflict with other dominating powers of the region.

Whether or not Xi will be able to make China ‘great’ again, his first few years in the office will provide a hint.

US: Troops In Afghanistan To Withdraw By September 11 By Agencies 8 hours, 51 minutes ago

Iran Nuclear Deal Talks To Resume Next Week By Agencies 4 days, 9 hours ago