Dr Koirala expressed worry that the statements and the activities of Prime Minister Oli have indicated that he is bent on bringing a totalitarian system in the country. 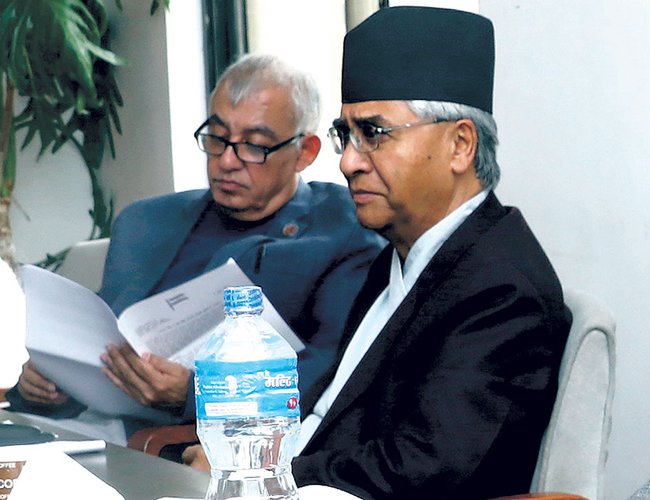 Nepali Congress (NC) Central Working Committee (CWC) member Dr Shekhar Koirala has said that the party’s failure to call India’s unofficial blockade against Nepal a blockade was one of the main reasons behind its poor performance in the parliamentary and provincial assembly polls.

According to My Republica, speaking during the ongoing CWC meeting of the party on Monday, Dr Koirala gave a list of seven different reasons for the poll debacle including the controversial police chief appointment case, infamous impeachment of chief justice and financial dealings in the appointment of ambassadors. “We could not call the blockade a blockade. We were made to look pro-India. The fact, however, is that we are neither pro-India nor pro-China. We are pro-Nepal,” he said.

In his written speech, Dr Koirala mentioned that the joint election manifesto and the appealing slogan of a stable government, failure of the party leadership to get knowledge about the electoral alliance of the UML and the Maoist Center, party’s decision to forge democratic alliance to only benefit certain leaders as main reasons behind the party’s humiliating defeat in the recently held polls. Dr Koirala also mentioned that the party had miserably failed to mobilize its sister wings in the elections and the selection of poll candidates was faulty as party’s factional interest prevailed over its larger interests.

Dr Koirala expressed worry that the statements and the activities of Prime Minister Oli have indicated that he is bent on bringing a totalitarian system in the country. “This government is moving toward state capture. The move of judicial secretary to sack chief justice is a step in that direction. Oli government will now gradually enforce censorship on media. Then it will capture security agencies,” he said, while adding that the NC, in its current form, cannot fight such attempts by Prime Minister Oli.

Coming down heavily on party president Sher Bahadur Deuba, Dr Koirala also said the individualistic tendency of the party president and his tendency to take power above all things has caused an irreparable loss to NC.

Meanwhile, expressing worry over the deteriorating health condition of senior NC leader Khum Bahadur Khadka, the meeting has decided to send CWC members Ramesh Lekhak and Shankar Bhandari to New Delhi to learn about his health condition.  Khadka is currently undergoing treatment at a hospital in New Delhi, India.

Japan To Celebrate May 26 As “Hirotaka Takeuchi 14 of 8000m Mountains Summit Day By NEW SPOTLIGHT ONLINE 12 hours, 28 minutes ago