It may well be difficult but it might be less expensive and less harmful than the wars that have resulted from our millennia of practising deceit. 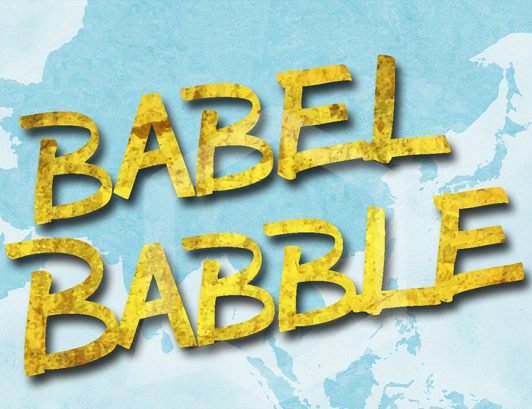 I wonder sometimes whether it’s a sign of aging and increasing deafness (how come it’s so selective this deafness?) that our neighbour’s TV anchors seem to be running a race: sometimes they hardly pause for breath! They also don’t seem to have been schooled in certain protocols, such as the rules of debate. Turn on the requisite channel and you’ll no doubt tune in to the ‘flavour of the month’ whippersnapper anchor –male or female- leading a debate on the latest political scandal which superficially seems to be soliciting opinions from a balanced range of participants with opposing view points. Stay tuned and you might notice that the anchor doesn’t permit a full opinion to blossom but is rather dictating the show. Add to this our neighbouring country brethren’s’ tendency to talk at the same time and interrupt without letting anyone else finish and I think we can glean a fair idea of what the tower of Babel was all about!

Basically the fault lies in the TMI trend of the networking generation. By TMI I mean Too Much Information. In our time there were certain issues we believed were our affairs alone, so we kept them to ourselves. Now with the advent of this Networking craze, nothing is sacred. Our grandparents used to caution us against washing our dirty linen in public, now we are urged to do so. Currently I have heard that to apply for a US visa one will have to give details of Network membership.

Does this mean that if one has avoided joining networks one is disqualified from obtaining a visa? I suppose if one has a President whose bureaucratic set up relies on tweeting that makes sense: although only in terms of methodology of delivery not necessarily in terms of accuracy of information. In short to my old- fashioned way of thinking, networking lends itself readily to the dissemination of ‘fake news.’ People in the past have had their lives destroyed by fake news. Hence the latterday emphasis on ‘spin’in political life. The more spin your press people can put on a given issue a politician is involved in, the more succesful they are. The problem is of course that there is a thin dividing line between spin and untruth. The higher up in the power ladder one goes, the more fragile the division.

On reflection, the question of spin would not be such a heavy affair:  after all who expects politicians to be strictly honest? To put some weight to that, I have to admit that I do, or at least I used to do until, having experienced a miscellany of political systems in the last forty odd years I have come to the conclusion that as far as political isms are concerned one cannot rely on adherents of any of them to tell the ‘whole truth and nothing but the truth’.

So there we are, I’m in my twilight years and still cannot distinguish between babble and Babel! Were we ever meant to make such a distinction? Were humans put here to unravel a series of cosmic puzzles and get at the ultimate truth and future of existence? What is the significance of the many different languages on earth? Why can’t we or don’t we all speak in one single language?

We do have a single language that can be understood everywhere: it’s called mathematics. But, oh, at this point in time, those of us who can be described as senior could well reflect on time wasted in our school years finding trivial pursuits rather than getting the basics of mathematics under our belt. Were we all equally literate in terms of numeracy we might well speak in a language everyone understands. As it is our tendency to hide our advances from one another and put spin on issues that are deceptive for those we believe to be our enemies hinders proper communication; we could strip our babble down to the mere essentials and make proper eye contact instead of practising delaying techniques.

It may well be difficult but it might be less expensive and less harmful than the wars that have resulted from our millennia of practising deceit. We are the devils plaguing our environment: the most destructive of creatures on earth! Taking what we need has never been enough for we humans-“ much wants more” and we fulfilled our greed. Mahatma Gandhi admonished us to take enough for need but not for greed. Looking around at what the human race has created and destroyed, one wonders where we went wrong, not once but  many times?