Kasthamandap is enlisted in the list of World Heritage Sites. It was constructed in the 7th century. 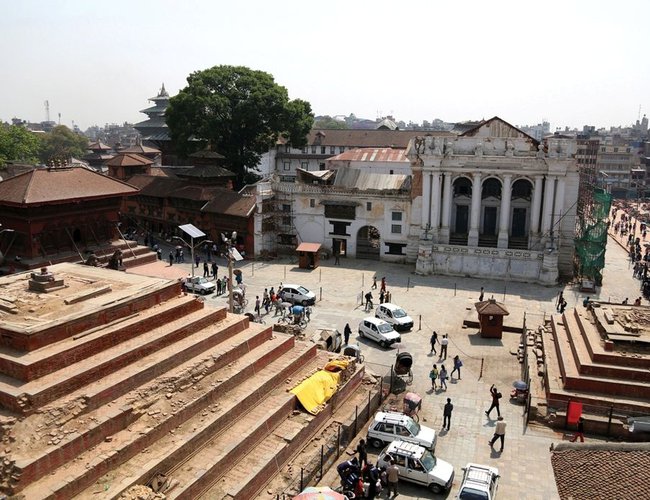 Kasthamandap is enlisted in the list of World Heritage Sites. It was constructed in the 7th century. The heritage was damaged by the April 25, 2015 earthquake. Its reconstruction has not yet started.

According to Rastriya Samachar Samiti (RSS), the Campaign said it had drawn the attention of the government in 2015 itself on the urgent need of reconstructing the Kasthamandap. It has been demanding that the historic monument be constructed in accordance with the world heritage conservation standards with the community ownership, Campaign president Baikuntha Manandhar stated in a press statement on Sunday.

Manandhar said that an interaction carried out among the government bodies, stakeholders, experts and the community concluded that Kasthamanadap should be reconstructed at the people's level itself.