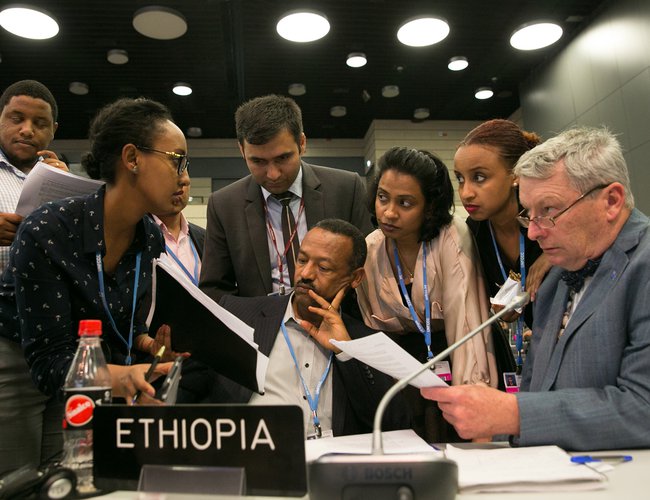 The Government has brought back the environmental administration and climate change negotiations prior to 1992, and 2007. In 1991, the Ministry of Forests and Soil Conservation was renamed as the Ministry of Forests and Environment. The environment was later linked with population in 1995, science and technology in 2005, again population in 2015, and with forests in 2018, without major changes in functions and responsibilities. Over two decades of dedicated efforts in building and enhancing institutional and individual capacity are likely in peril.

The 'Oli administration' has stopped the decade-long process of enhancing the country’s capacity in climate change negotiations. It stopped inclusion of knowledge-based and 'positioned' professionals in its team to attend the Bonn session of the UN Framework Convention on Climate Change (UNFCCC), Kyoto Protocol (KP) and Paris Agreement (PA) in April-May 2018. The Government should include at least four Nepali professionals in its team to attend this Bonn session. One is advisor to the chair (currently Ethiopia) of the LDC Coordination Group and is supporting the chair right from 2013. Another person was entrusted to negotiate with the developed countries in agenda items Nairobi Work Programme and agriculture on behalf of the Group of 77 and China (a negotiating group of 133 countries). The third one is continuously following the climate finance. The fourth one is the current chair of the LDC Expert Group (LEG) with mandated responsibility to present its work in the plenary session, and negotiate with the developed countries to support LDCs in climate change adaptation.

The 48th meetings of the Subsidiary Bodies for Implementation (SBI 48), and for Scientific and Technological Advice (SBSTA 48) and resumed 1st session of the Ad Hoc Working Group on the Paris Agreement (APA 1-5) met in Bonn, Germany on 30 April and will end on 10 May 2018. It will finalise guidelines to implement the Paris Agreement and convene a process on 'Talanoa Dialogue'. The SBI 48 and SBSTA 48 have over 20 and 15 agenda items respectively. In SBs agenda, Nepal's interest will be, inter alia, on national communications, nationally determined contributions, clean development mechanism (CDM), mitigation actions in forest sector, agriculture, LDC matters, national adaptation plans (NAPs), climate finance, capacity building, gender, and Nairobi Work Programme. Under APA 1-5, Parties will focus on guidance to mitigation, adaptation communication, transparency framework for action and support, global stocktaking, and procedures for PA implementation. A number of official and unofficial parallel meetings will be held to complete the tasks in 10 days. In addition, Nepal should attend the meetings of the LDC Coordination Group and G77 and China two times a day. In side-events where Nepal may share its good practices, LAPAs implementation and NAP formulation process, including REDD and renewable energy. Nepal is missing these opportunities this time.

The Government initiated a process to include relevant professionals in negotiating sessions of the UNFCCC and KP in 2007, and expanded the team since 2009 to develop the country capacity. The Government decided to form a multi-disciplinary and multi-stakeholder 'core negotiating team' in 2012. This convinced the LDCs to understand Nepal's seriousness in climate change negotiation. It helped Nepal to lead the negotiation process on behalf of 48 LDCs in 2013 and 2014. This provided a basis to learn from, and contribute to, the negotiation process.

Between 2008 and April 2018, Nepal functioned as a rapporteur to the SBSTA, member(s), vice-chair and chair(s) of the LEG, chair of the LDC Coordination Group, chair of the Adaptation Fund Board, and member of the WIM on Loss and Damage, representing Asia Group, LDC Group, and Group of G77 & China. This also provided Nepal multiple opportunities to develop country capacity and access climate finance as well.

After being a Party to the UNFCCC in 1994, Nepal's effective participation was noted in overcoming 2005 Montreal decision on biomass methodology. Nepal registered two biogas projects as CDM in 2005 but methodology was scratched in the same year. Nepal's concerted effort worked well to revive methodology in Bali in 2007 and opened avenues to engage in carbon trade. From 2008, Nepal has attended the Conference of the Parties (CoPs) at political or diplomatic levels. In 2009, the then Prime Minister launched the Mountain Initiatives in Copenhagen where 4 ministers and over 85 persons attended as government delegate. In 2009, Nepal also organized a regional conference on 'Kathmandu to Copenhagen' and hold cabinet meeting at Kalapatthar, base camp of Mount Everest. The 2012 decision on 'core negotiating team' and inclusion of 'professionals' in the Nepal delegation made our efforts effective in climate change process. In 2015, Nepal organized cycle rally in Paris. These were some of the 'turning points' to showcase impacts of climate change and national initiatives.

Between 2007 and 2016, Nepal secured climate finance for adaptation, resilience and REDD projects. Secured funding of few projects is still on the way to Kathmandu due to 'unwillingness' of few 'positioned' officials. This has greatly affected climate vulnerable poor communities to adapt to, and build resilience to, climate change impacts.

'Back' of Secretary B.N. Oli from high-level segment of CoP 23 in 2017, 'unwillingness' of senior bureaucrats in bringing early 'accessed and secured' climate finance, and non-inclusion of 'professionals & seasoned negotiators' in this April-May Bonn session can be marked as the 'black spots' in the history of climate change initiatives in Nepal. The Government is encouraged to include professionals, to the earliest possible, in its delegation team even using the 2012 decisions.

World Environment Day 2020 Nepal: Bio-diversity Of Nijgadh Forest Is Under A Threat By NEW SPOTLIGHT ONLINE 2 months ago

Locust Are Coming Closer , Nepal Is Yet To Announce Measures By NEW SPOTLIGHT ONLINE 2 months ago