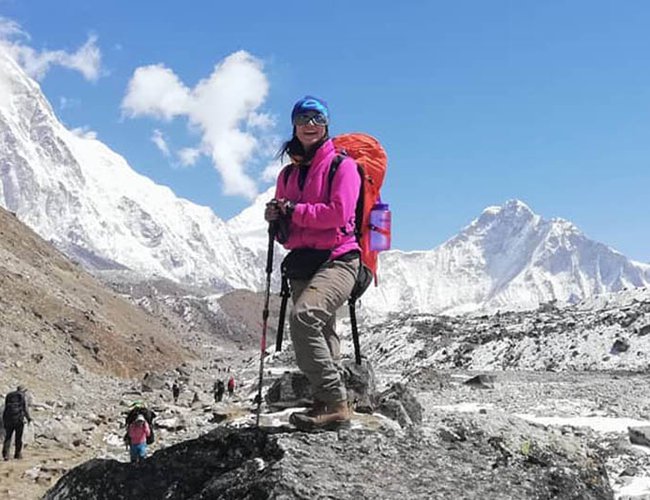 “Shrestha reached the summit at 8:10am,” said Gyanendra Shrestha, an official at the Tourism Ministry. Shrestha is also a member of the Photo Journalists’ (PJ) Club. She held a solo exhibit titled “Smiling Women Nepal” atop Everest. Shrestha, 26, who hails from Arughat in Gorkha district, climbed Mt Manaslu (8,163 metres) on September 26 last year. Purnima’s Everest ascent has been publicised to raise awareness about cervical cancer. She also became the first photojournalist from Nepal to scale Mt Manaslu.

Purnima started her profession some five years ago and is currently associated with the Karobar daily. Five other female journalists are also on a mission to climb Everest this season.