The data released by TEPC shows that Nepal’s trade deficit widens by 21.5% to Rs 815.26 billion in nine months 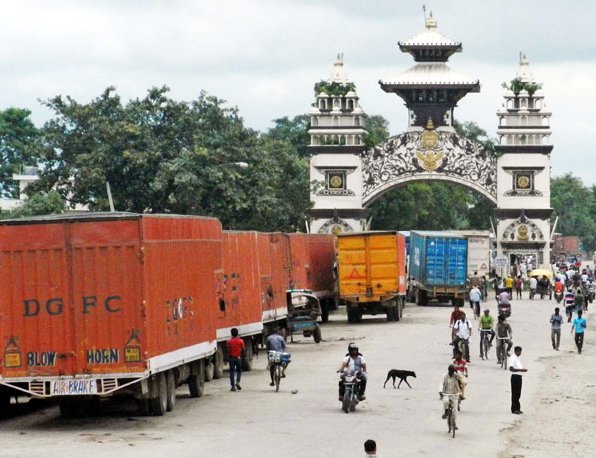 With the weakening of Nepalese currency against dollar and rise of oil price globally, Nepal’s total bill to import petroleum products has gone up. It resulted in a wide trade gap. Given the current soaring price of crude oil and rising dollar, Nepal’s trade deficit will further increase.

At a time when Nepal is importing a large number of vehicles, import of PLO is likely to increase many folds. According to Trade and Export Promotion Center (TEPC), the import of petroleum products has gone up significantly in the first three quarters of the current fiscal year, making it a prime contributor in further exacerbating the yawning trade deficit of Nepal with India.

According to the provisional data released by the Center, the import bill of the petroleum products rose by whopping 34.2 percent, or Rs 29.9 billion, over the nine months of the current fiscal year -- FY2017/18 to Rs 117.29 billion, compared to the same period of the last fiscal year.

The report shows that the petroleum products now alone account for 13.4 percent of the total import of the country. Nepal had imported petroleum products worth Rs 87.39 billion in the same period of the last fiscal year, shows the TEPC data.

The whopping rise in the import bill of the petroleum products in the current fiscal year despite the end of the load-shedding is attributed mainly to the increase in the price of the crude oil in the international market.

After slumping to as low as 28 US Dollar in January 2016, the per barrel price of bent crude -- a major benchmark price for purchases of oil worldwide -- rose above $78 per barrel this month. Given the present state of Iran crisis and OPEC’s decision to cut the price of oil, it will likely to go further up.

With the increase of imports of various products, Nepal’s trade deficit continues to widen at an alarming rate. The TEPC data shows that Nepal registered a trade deficit of Rs 815.26 billion in the nine-month period of the current fiscal year, a massive rise of 21.5 percent from the trade imbalance that the country faced in the same period of the last fiscal year -- FY2016/17.

The total import rose 20.4 percent to Rs 874.88 billion while the export grew by merely 7.4 percent to Rs 59.62 billion. With the huge mismatch between import and export growth, the export to import ratio is now 1:14.7. Such ratio was 1:13.1 in the corresponding period in the last fiscal year.

The export of the woolen carpet has taken a dive of 10 percent to Rs 5.1 billion while products like readymade garments, lentils, cardamom, ginger, tea, medicinal and aromatic plants, leather, footwear, pashmina and carpets have performed well in the review period.

Although Nepal has seen increase in the rise in export products, it is far away from the reality to meet the widening gap in trade deficit.