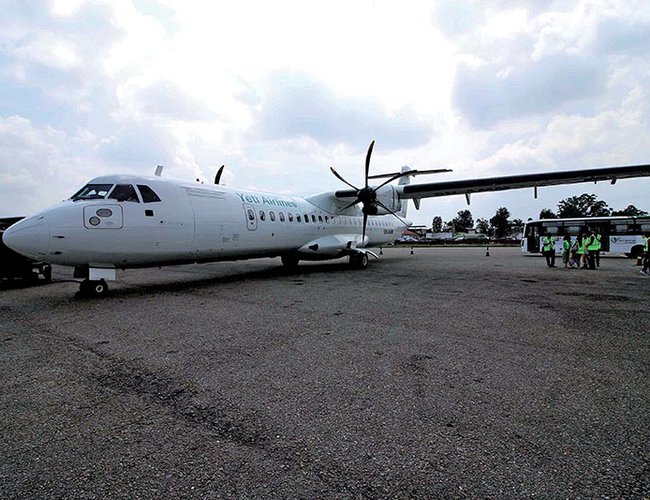 A Yeti Airlines jet stream outbound to Kathmandu from Bharatpur Airport, Chitwan was forced to make an emergency landing after a bird struck its engine on Sunday.

The aircraft with call sign 9N-AIS had taken off for Kathmandu with 22 passengers on board.

According to the Bharatpur Airport, timely decision to land the plane has averted an aviation disaster. All 22 passengers are safe, authorities said.

Captain Ramesh Shrestha acted on his suspicion that a bird might have hit the engine and immediately turned the aircraft around to Bharatpur Airport, Singh said.

Following the incident, passengers were flown to Kathmandu in another flight. Meanwhile, a team of engineers have reached Bharatpur and are assessing the damage caused by the bird to aircraft’s engine.

SC Issues Interim Order To Halt Export Of Aggregate To India By Agencies 4 hours, 39 minutes ago