7 Persons Killed, 31 Injured In Road Accidents In Everyday In Nepal

2,318 killed in road accidents in 11 months across country. Approximately 80 per cent of those killed in accidents are below 30 years of age. 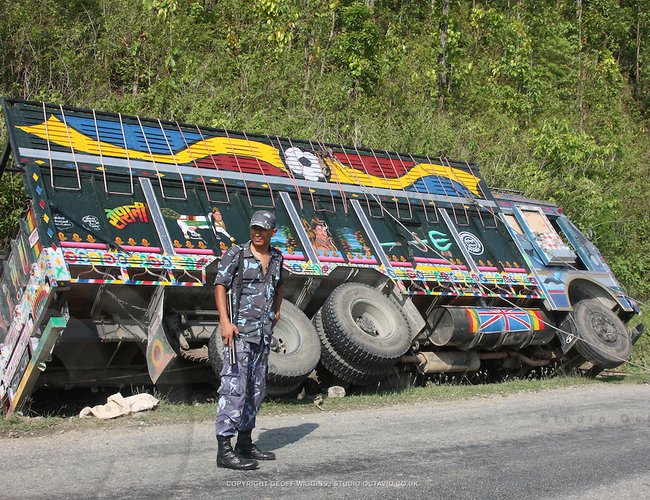 2,318 killed in road accidents in 11 months across country. Approximately 80 per cent of those killed in accidents are below 30 years of age. Out of 2,318 recorded in the country 168 deaths in Kathmandu.

“On an average, 2,000 persons are killed in road accidents in the country every year. Approximately 80 per cent of the deceased are below the age of 30 years and 84 per cent of road accidents are caused by human error,” he said at a programme ‘Promotion of Road Civilisation and Reduction of Road Accidents’ in Kathmandu,” said Senior Superintendent of Police Basant Kumar Pant, officiating in-charge at Metropolitan Traffic Police Division.

According to statistics by MTPD, seven persons are killed and 31 injured in road accidents every day. The country recorded an average of 28 road accidents which killed six persons every day in the fiscal 2016-17.

Despite gradual rise in road traffic accidents, the government and concerned agencies have failed to prevent fatalities due to negligence of drivers and poor road infrastructure, which many studies show are major causes of accidents on the national highways.

According to a report published in The Himalaya Times, road accident stands as a major killer in Nepal. Many accidents go unreported mainly because the parties involved settle the matter themselves.

Accidents with minor injury or damage to vehicles are often settled at the accident site and are not reported to police. Only accidents causing human injury are reported. SSP Pant said traffic police were strictly enforcing the laws to reduce road accidents caused by violation of traffic rules.

“I Expressed Gratitude To My Friend Modiji For Support: PM Oli By NEW SPOTLIGHT ONLINE 1 day, 8 hours ago