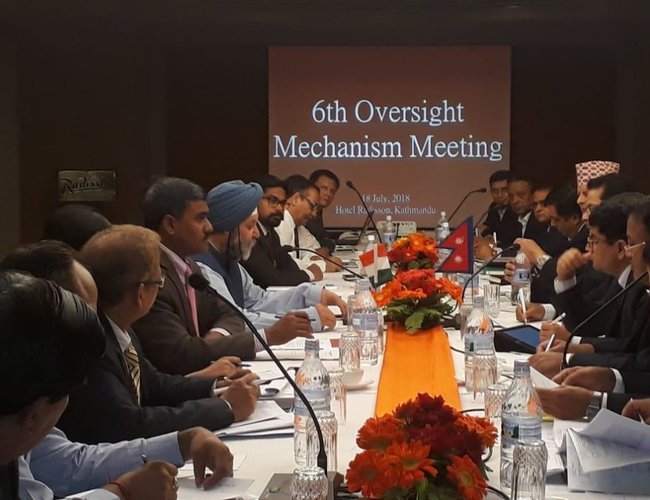 The 6th meeting of India-Nepal Oversight Mechanism reviewed the progress of the implementation of all bilateral projects since the reciprocal state visits by prime ministers.

According to a press release issued by Embassy of India, the meeting stressed on early completion of all bilateral economic and development cooperation projects by addressing difficulties faced by various projects in the process of their implementation, including projects such as Cross-border rail projects, Integrated Check Posts, Terai Roads Project, Cross-border transmission lines, Arun-III hydropower project among others.

Both sides discussed measures to be undertaken by the respective governments and agencies to expedite project implementation and their early completion within the specified timeframe.

The meeting co-chaired by Manjeev Singh Puri, Ambassador of India to Nepal and Shanker Das Bairagi, Foreign Secretary, Government of Nepal was attended by projects implementing agencies from both the countries.

Chinese Embassy Issues A Strong Protest Against An Article Published In English Daily By NEW SPOTLIGHT ONLINE 4 hours, 22 minutes ago