NGOs and INGOs should take the questions raised by the government and society seriously and do their own evaluation on a regular basis. 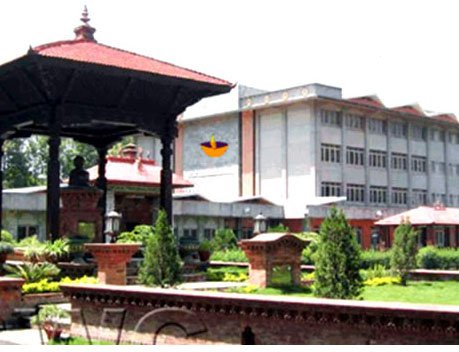 The autonomy of civil society, such as trade unions, human right organizations, student unions, teachers’ association, women’s group, environmental advocates, professional organizations, etc., are crucial for breaking the domination of authority and wealth and enforcing a pluralist sense of justice, which received their formal recognition after restoration of multi-party politics in 1990 in Nepal.

Thereafter, the government also showed its strong commitment to bring a change in social service enthusiasm by liberalizing the NGO-led legal instruments. As a result, the Social Welfare Council Act, 1992 was enacted, replacing the then SSNCC Act, 1977. According to this act, the Social Welfare Council (SWC) was constituted as a governmental agency to look after the NGO affairs both external assisted and traditional self-supported.

Due to remoteness and poverty in mountainous region of Nepal, the government itself cannot go to all remote and deprived areas proportionally, therefore, the NGOs/INGO easily entered and penetrated in such locations, and their wanted and unwanted activities have spread all over the country. Exposure of series of unwanted activities of INGOs forced government and people to think seriously regulate them.

Thereafter, there have been lots of criticism, comments, discussion and arguments on the governing system and behavior of NGOs/INGOs. They created their own expensive structures in districts, instead encourage local communities to perform. The issue of good governance and the transparency of donor community were raised. It is found that INGOs and donor community issue directives of their respective country and organizations instead of needs of the government and people of Nepal.

Both the government and the people in Nepal noticed self-contradictory pictures of MGOs/INGOs, on the one hand it tried to weaken the social, political, religious and governance structures from entering different formal and informal organizations and on the other hand it was contributing least in real local development activities and creating more disorders in society in the name of advocacy, awareness and capacity building.

A section of people in Nepal have started to blame INGOs and NGos as one of the causes of corruption and have enormous influence on nation’s internal affairs and their readymade program and projects have a negligible participation of local stakeholders during the plan formulation and its implementation. They are also being criticized for their non-transparency.

Not only in Nepal but also in other developing world, many argue that the excess number of NGOs has been accused of damaging the public sector instead of promoting equity and alleviating poverty and they are being designed and used as extensions of the normal foreign-policy instruments of certain countries and groups of the countries. They have enormous influence and power in global affairs and backing of the powerful organizations and the government.

The proposed policy by home ministry to regulate INGOs in Nepal, “National Integrity Policy” created a big hue and cry among INGOs in Nepal. According to the policy the government would control over activities of national and international NGOs.

They would not be allowed or minimize to engage in projects that influence the drafting of laws and policies in Nepal. They can’t send their report to headquarter without government approval. Moreover, their budgets and programs should be approved by the finance ministry; and be banned if they tried spreading religion.

NGOs and INGOs partially disagree with the proposal and they say that implementation of the policy in its current form might lead to a standstill of international development activities in the country. For many NGOs and INGOs, this touches the essence of their presence and work in Nepal.

NGOs and INGOs are confident that based on feedback from politicians and bureaucrats, they didn’t expect that the law would be implemented in its current spirit — also because the government risked losing face if funding dropped as a result as International NGOs have a combined budget of $350 million.

Whether it would be implemented or not, nevertheless the coming days for INGOs may not be easy to work as they work in present time.

The term “Non-Governmental Organization” was popularized by the United Nations Charter (Chapter 10, Article 71), which gives a consultative role to organizations that are not part of the structure of government. An International NGO was broadly deﬁned by the UN Economic and Social Commission (ECOSOC) as “any international organization that is not founded by an international treaty.”

NGOs are mushrooming in Nepal. The current number of NGOs in Nepal is around 40,000 as compared to 220 in 1990. In addition, around 200 international NGOs (INGOs) are also working in Nepal. The role of these INGOs has been increasing both in number and volume of activities. They are working in areas such as health and community development, child welfare activities, sanitation, women empowerment, disabled services.

The social welfare service in Nepal is very mature, as the society itself. The centuries old social entities such as Guthi (trust), Parma (labour exchange system), Dhikur (saving/ credit), etc. are still signiﬁcant social institutions. The number is believed to be 200,000 in Nepal. Due to their tiny nature and dispersed in an unorganized way their roles have been under-explored.

Once these informal entities were well organized, self-sustained and agent of social change. They had strong root to serve and support the poor and the vulnerable in society. There was people’s huge participation and still some remains of these social service entities prevalent in our society, which has now been replaced by the modern external assisted NGOs.

The organization of civil society along modern lines began with the Arya Samaj in 1909 to awaken the Nepalese from blind faith, prejudice and conservative thinking as well as to abolish child marriage, promote widow remarriage and initiate social reforms.

There is no doubt that NGOs and INGOs have provided employment to the people of Nepal. They provide attractive salary and facilities to their employees, much higher than government employees. It is accused that some government employees, social and political elites like to register NGOs in the name of their family members and well-wishers to get support from the INGOs.

It has also been exposed by the medias that some NGOs and INGOs are extending financial support to organizations that are operated to fulfill the vested interests of elite families, without any problem while, many small but efficiently working in villages are simply excluded, thereby raising the issue of their governance system and capability. The government argues that the reason behind bringing stern policy is to avoid NGOs and INGOs support in many government organizations is product of some incidents where these organization interferes directly national affairs internal and external security issue.

It is reported that even Nepal’s neighbors – India and China are not happy with NGOS and INGOs activities in Nepal, which is also affecting negatively them, and they want to keep international non-governments and West-dominated multilateral agencies at bay. India has long been sensitive about these agencies’ views on India’s internal issue and China’s sensitivities lie in their access to Tibetan refugees.

In February, the European Union Election Observers Team’s recommendation to remove privileged castes and groups from the list of beneficiaries in proportional representation to elective bodies was direct interference in Nepal’s internal affairs and in response Nepal also issued a stern warning them against proselytizing.

The relief package given to earthquake victims by some donors and NGOs also carried Bible and related literature made unhappy to Nepalese authorities.

With all this, Nepal’s parliament also refused to accept budgetary supports from donors for legislative business, previously it was accepting financial support from international donors in the name of empowerment and skill development of parliamentarians.

Moreover, the Nepal government has asked the United Nations (UN) to close its Department of Political Affairs (DPA) unit based in Kathmandu. The UN political unit had been in operation as the residual office of the United Nations Mission in Nepal (UNMIN) after the UNMIN's exit from the country since January 2011.

NGO’s and INGOs are the source of track two diplomacy consists of experts, scientists, professors, and other figures that are not involved in government affairs, which have more freedom to exchange ideas and come up with compromises on their own. But in Nepal, it has no positive implications.

Good Practices of NGOs and INGOs

NGOs and INGOs say that the basis reason behind their criticism may be that they lack publicity about the good practices they generate. Another reason might be their inability to disseminate the information widely.

During the period of the great earthquake of 2015, national and international government and non-government organization’s humanitarian supports were praiseworthy. NGOs related to humanitarians are comparatively doing better in Nepal compared to advocacy and development.

Almost all INGOs are from western countries, whose center point of program are advocacy, awareness and capacity building while the INGOs from Asia and pacific comparatively prefer to do solid developmental activities.

According to statistics of the Finance Ministry that around 20 percent of the aid Nepal receives during a year was routed through NGOs and INGOs. Their annual contribution in development sector is around 7 to 9 percent.

People working in the NGOs and INGOs agree that there is a possibility of anomalies in some organizations, but it is not true that all of them are bad. In the lack of elected representatives at the local level, Nepal’s INGOs have been making a lot of differences. Some INGOs say that only a few people understand their positive role and contributions. Most government officials, media, and politicians, in Nepal, interpret the INGOs in a negative manner without understanding the truthfulness.

To be accountable to the society, I/NGOs should take the questions raised by the society seriously and do their own evaluation on a regular basis. Unless the issues of transparency and accountability are implemented sternly, the social prestige cannot be elevated. Many INGOs do not comply with the national laws of the countries; engaged with unseen unwanted activities.

The government is in process to formulate additional laws and policy for NGOs and INGOs to control their unwanted activities and regulate them properly saying that after election of local level government in grass root level Nepal is capable to implement programs itself. Now it did not need INGOs support for capacity building, awareness, advocacy in local level rather it needs solid infrastructural developments.

To be accountable to the society, NGOs and INGOs should take the questions raised by the government and society seriously and do their own evaluation on a regular basis. Unless the issues of transparency and accountability are implemented sternly, nothing can change.