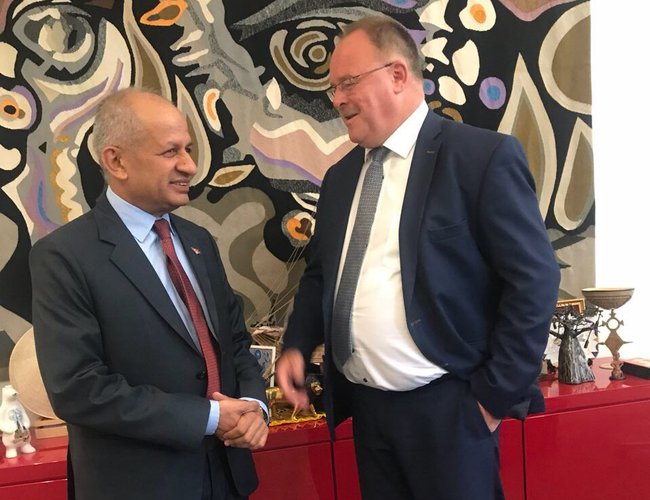 Minister for Foreign Affairs Pradeep Kumar Gyawali had a meeting with Romain Schneider, Minister for Development Cooperation and Humanitarian Affairs of the Grand Duchy of Luxembourg at the latter’s office in Luxembourg City this morning.

On the occasion, the two Ministers reviewed all aspects of Nepal-Luxembourg relations. While expressing satisfaction over the excellent state of bilateral relations between the two countries, the Ministers stressed the need for further promoting economic engagements in the areas of trade, investment, tourism and technology transfer, among others.

According to a press release issued by Embassy of Nepal Brussels, Gyawali thanked the Luxembourgish Government for its support and cooperation extended to Nepal including through multilateral channels. Schneider said that Luxembourg would continue to support Nepal’s development efforts through both bilateral and multilateral frameworks. 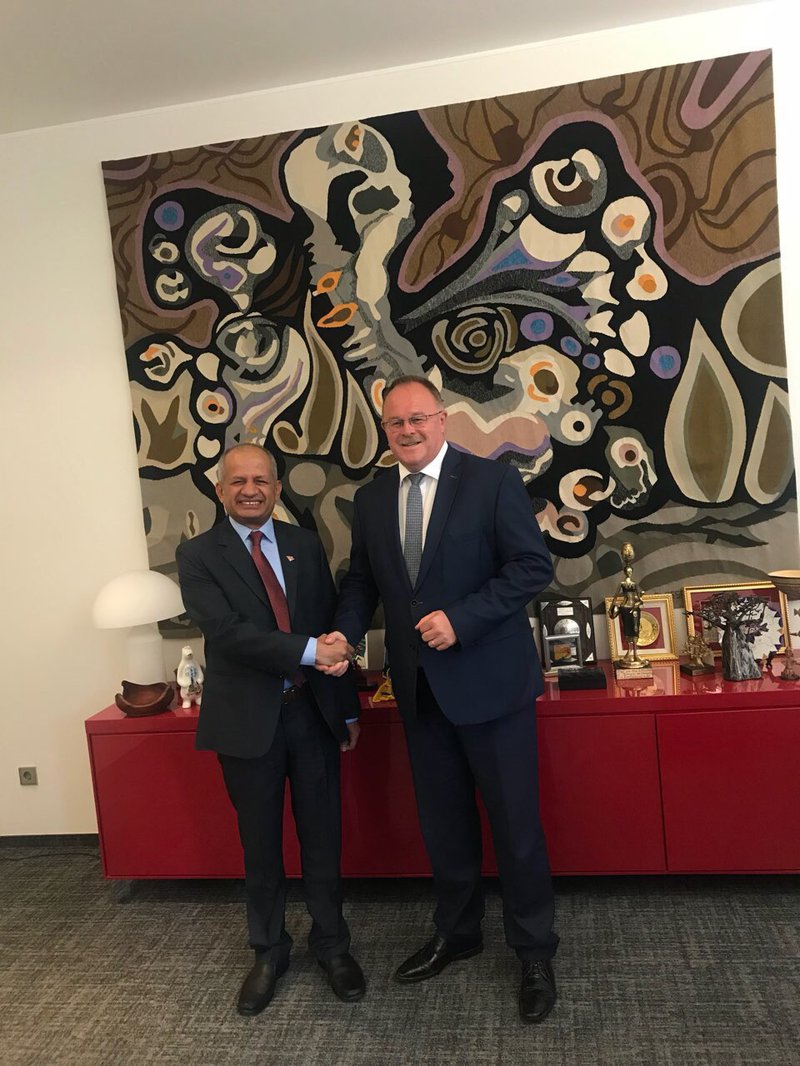 The two Ministers also deliberated on ways and means of enhancing cooperation at the forums such as the United Nations.

Minister Gyawali was accompanied by Ambassador of Nepal to BENELUX countries Lok Bahadur Thapa and Joint Secretary at the Ministry of Foreign Affairs Ghanshyam Bhandari. From the Luxembourgish side, Florence Ensch and Cathy Wiseler, officials from Ministry of Development Cooperation and Humanitarian Affairs of Luxembourg were present in the meeting.

Chinese Embassy Issues A Strong Protest Against An Article Published In English Daily By NEW SPOTLIGHT ONLINE 5 hours, 30 minutes ago