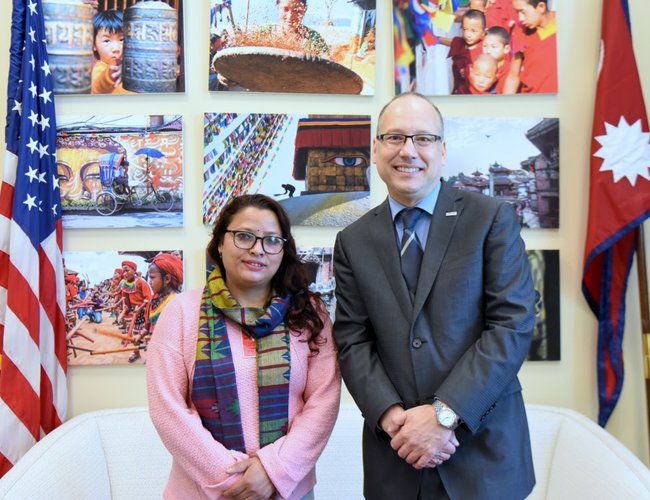 Nepal remains a major source, transit and destination country for men, women and children subjected to forced labor, sexual exploitation or organ trafficking. Some studies have estimated that a quarter of a million Nepalis are in forced labor or other forms of trafficking at any given time, with many more Nepalis vulnerable due to poverty, lack of livelihood opportunities and lack of information about trafficking and services for survivors.

The newly-formed partnerships - which were announced at an event co-hosted by USAID’s Hamro Samman Project, AATWIN, NNSM, and NBI - are extremely important to promote local ownership and sustain the wins the country has made so far in countering human trafficking.

Applauding Nepal’s steady progress in combating human trafficking, USAID Nepal Mission Director Peter A. Malnak said: “For over a decade, the U.S. Government has worked closely with the Government of Nepal to effectively reduce trafficking in persons and labor exploitation in Nepal and abroad. Moving forward, we firmly believe that engaging the Nepali private sector can now play a vital role in cementing the gains Nepal has made in overcoming its development challenges, including reducing human trafficking.

Chinese Embassy Issues A Strong Protest Against An Article Published In English Daily By NEW SPOTLIGHT ONLINE 4 hours, 25 minutes ago